HomeHeadlinesCTA demands end to injustices against host committees by mining companies in...
Headlines 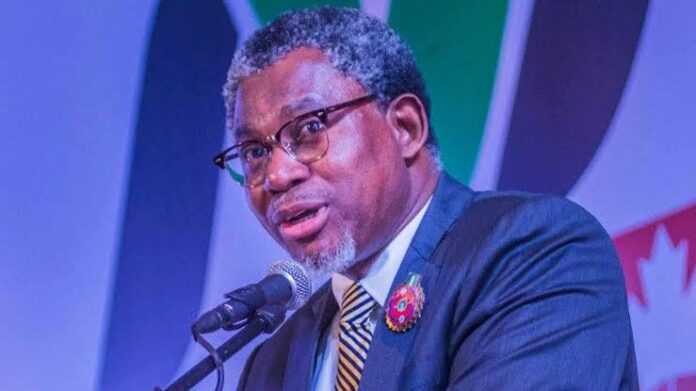 …says communities are shortchanged by mining companies in CBA

Centre for Transparency Advocacy (CTA) has called for strong regulation of mining activities in the Federal Capital Territory (FCT), in order to address the injustices against Original Inhabitants of Abuja by mining companies.

The CTA said such injustices include damaging effects of mining, especially quarrying, on the culture and environment of the communities as well as refusal of mining companies to adhere to global acceptable standards of Community Development Agreement (CDA) with the host communities.

CTA Executive Director, Ms Faith Nwadishi made the call during a town hall meeting on Community Development Agreement (CDA) and validation of a scoping study on the impact of mining on the Original Inhabitants (OI) of the FCT.

The study was carried out by CTA with the support of Macarthur Foundation through the Resource Centre for Human Rights and Civic Education (CHRICED).

Nwadishi decried that the damaging effects of mining especially quarrying by some companies had left communities devasted, means of livelihood destroyed, cultural sites desecrated, and the people dejected.

“This is why we call on the federal government to put measures in place to tackle the devastating effect of mining on the means of livelihood of the original inhabitants of the FCT,” she said.

The executive director said that the scoping study would help the communities, mining companies and the government to further understand the challenges associated with mining and how the communities would benefit from the natural resources on their soil.

“From the respondents’ feedback, it showed that some of the important sites of the inhabitants have been destroyed by mining and infrastructural development activities, such as in Kubwa district where their grave sites have been converted to an ultra-modern market now called Maitama market.”

She called on the Ministry of Mines and Steel Development to do more to assist communities in the FCT negotiate agreements with mining operators.

Also speaking, Minister of Mines and Steel Development, Mr Olamilekan Adegbite said that community development agreement in the sector was to ensure that the mining communities were carried along by the mining operators.

He said that CDA was enshrined in the Nigerian Minerals and Mining Act (NMMA), 2007 to make agreements between the Mineral Title Holders and the Mining Communities mandatory.

In his goodwill message, Executive Director CHRICED, Ibrahim Zikirullahi reiterated the commitment of his organisation to supporting partners and communities realise their goals of improving the livelihood of the indigenes of the FCT.

He said that the organisation would ensure that government tackles the mining-related issues confronting the people of the FCT.

“Here at CHRICED, we reiterate our commitment to supporting not just our partners, but also the original inhabitants who have been marginalized, decades of forgotten promises, decades of broken community development agreements. Moving forward, it is our charge duty to continue to engage the government; to continue to engage relevant agencies to make sure that the FCT original inhabitants receive justice”, he said.

On his part, Esu Bwari, Dr Ibrahim Yaro said that aside from illegal mining, quarry activities were also a hazard to the people in the community.

The Esu who was represented by Bwari Youth Leader, John Awoyi also said that many residents in the area were displaced by mining activities.

Yaro, however, appealed to CTA to add its scope of intervention on quarry activities which has affected the communities.