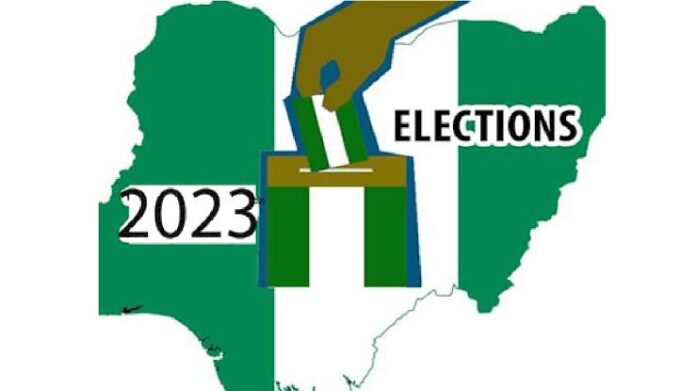 Nigerians in rural areas, who constitute the bulk of the voting population, have largely made their decision ahead of the 2023 presidential poll, citing issues of insecurity, unemployment, weak economy, and bad governance influenced their choices.

A study of results obtained from recent opinion polls conducted among registered voters in rural communities across the country shows that eight out of 10 respondents (83.16 percent) insist on not changing their minds before the polls.

The independent survey conducted by Nextier, a policy think-tank, entailed a face-to-face poll of registered voters in rural communities in 12 states in Nigeria. The survey defined rural communities as local government areas without tertiary educational institutions.

The researchers intentionally excluded State capitals and other urban areas, which other recent surveys had concentrated on.

The APC and PDP are the major political parties with vast membership and ‘structures’ across all geopolitical zones.

To further bolster objectivity, the survey excluded the home states of the leading presidential and vice-presidential candidates of the major parties.

Survey respondents stated that radio, social media, and family/friends are the main channels through which they get information on the presidential candidates, and make their choices.

It is instructive that with just about three months to the presidential elections, eight out of 10 respondents “are definite that nothing will make them change their minds and vote for another candidate.”

The survey generated a margin of error of 2.2 percent at a 95 percent confidence interval. The survey sample population was representative of age and gender demographics in the states, as backed up by the graphics released alongside the report.

It further emphasised that all survey respondents are registered to vote in the 2023 elections.

“The poll yielded key insights into voter preferences and the key issues that could shape the 2023 presidential election.

“76.2 percent of survey respondents stated that Nigeria is moving in the wrong direction.

“Survey respondents stated that insecurity, bad governance, unemployment, and a weak economy are the most important issue in Nigeria today they want someone to solve”, a summary of the report explained.

It was further gleaned from the survey that: “Among survey respondents in rural communities in 12 Nigerian states, Atiku Abubakar and Bola Tinubu are preferred by respondents with no educational attainments or people who chose not to disclose their educational status.”

Overall, polling on voting intention shows Peter Obi leading with 40.37 percent of the survey respondents, with Atiku Abubakar at 26.7 percent while Bola Tinubu is at 20.47 percent.

The regional view provides a clearer definition of survey respondents’ voting preferences. Atiku Abubakar of the PDP leads in North West with 59.8 percent and in the North East with 50.3 percent, with Bola Tinubu as second in those regions with 25.4 percent and 27.2 percent, respectively.

Peter Obi leads in the North Central with 59.8 percent, South South with 67.3 percent and South East with 94 percent.

The South West is the most contested region, with Bola Tinubu leading with 37.4 percent and Peter Obi in second place with 24 percent. About 19.8 percent of the surveyed voters in the region are still undecided on their preferred candidate.

Also, on the “net favourability” index, Atiku Abubakar of the Peoples Democratic Party is at +17.3 percent; and Bola Tinubu of the All Progressives Congress follows at 4.98 percent.

Peter Obi of the Labour Party garnered +30 percent, while Rabiu Kwankwaso of the New Nigeria Peoples Party has the least net favourability among the four leading candidates at -8.70 percent.

The following graphs paint an eagle’s eye view of the independent survey outcomes, as conducted by Nextier.