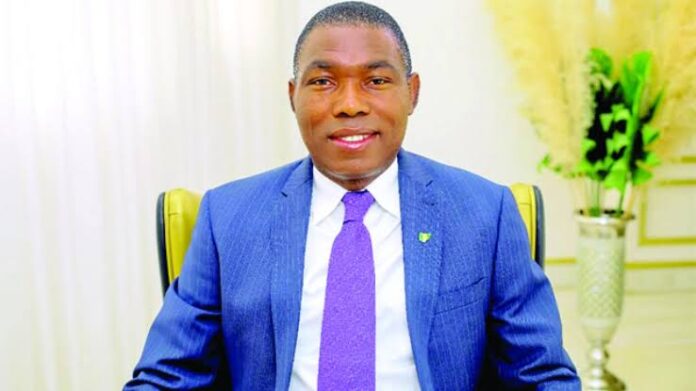 Presidential Candidate of Social Democratic Party, SDP, Prince Adewole Adebayo has urged Nigerians to vote in leadership that will serve both God and man.

Adebayo made this known on Saturday, 19th November at the Evangelical Reformed Church of Christ, ERCC, Worldwide, Akwanga, Nassarawa State, where he was invited as a special guest for their Triennial Convention 2022.

He also said those who were in public service as Christians should extol the Christian qualities and serve God while serving the people.

He said, “I’m very happy that today, we are reminded of that great saying that, ‘as for me and my house, we will serve the Lord’ and those who have being called today, are to serve the Lord in the vineyard of God.

“Also, those of us who are outside who are not men of the cloth, our duty is to extend the vine yard of God outside the church because one can serve God in every way they find themselves.

“One of the places we have not been serving God is in public service because to serve God is to do what Jesus would do and Jesus will do what a governor will do”.

He further noted that if a Christian was in authority, he or she can be christlike by doing things that Jesus would do, like feeding the poor, consoling those who are in sorrow and protection of those who are in need of protection.

In his words, “I also believe that there’s no need for us who are called by the name of Christ to be confused about what is right and what is wrong; there’s no reason for us to say but it is politics, it is different.

“The judgement of God does not exempt our activities in politics rather I believe that the Church can raise good people who will be ambassadors”.

The SDP presidential candidate said that Christians can evangelize by their acts when they get into public service.

“Evangelism can come by our act when we are in public services and these times we find ourselves are times God want to give us new testaments in our politics.

“But what we need to understand is that, the house of God is where Nigeria is looking up to for salvation not only of the soul but even the salvation of our politics”, he said.

He said the church can play a role in also helping Nigeria create and perfect the Christians who will be sent out to go and serve the public, because when they do so, they have represented the church very well.

“It’s the quality of Christians we produce and we forward, so that when they are there, they will make a difference. They will not say it’s a Christian that is there so what is the difference? Is the same thing as before”, he said.