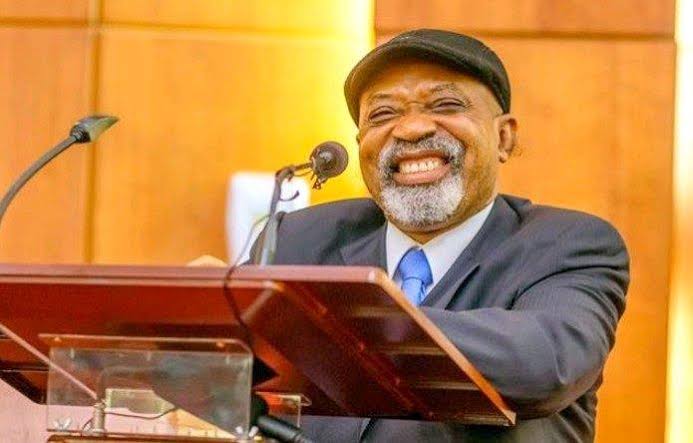 In a statement in Abuja Sunday, the Labour Relations Expert who was also Nigeria’s representatives at the African Regional Labour Centre Headquarters, Zimbabwe, observed that Ngige’s decision to resort to a strict implementation of the provisions of the Trade Disputes Act and Trade Union Act hitherto treated with levity is the reason for criticism from ASUU.

He said , “from my observation of the ASUU dispute with the federal government, the Minister of Labour and Employment has done nothing illegal or deployed personal whims to conciliation. What he did was to frontload a strict observance of the provisions of the labour laws, since efforts of the tripartite and tripartite-plus dialogue could not provide solution and convince ASUU to call off action.

“He strictly deployed the relevant provisions of the Trade Disputes Act and Trade Union Act to put perennial strikes on the back foot. And such strict implementation of laws that was lax previously, would surely attract criticisms. Previous Ministers would usually stake over this, even Ngige at a point. The reverse is why ASUU is tackling him.

“It takes political will to take certain decisions. Ngige dusted sections that mandate him to take certain actions. The issue of withdrawal of certificate of any union on account of non-rendition of annual audited accounts as contained in section 37 of the Trade Union Act which demands that unions must submit audited accounts on or before June 1 every year, is an example.

“ ASUU from available records, is in default from 2018 to 2022 and the penalty is that the Registrar of Trade Unions should cancel such registration. I do not see how this is the making of the Minister if this happens .

He further said the pro-rata deduction for period of strike is obtainable world-wide, citing the United Kingdom where for example, a 3 days quantum pay will be deducted from the emolument of a worker on 3 days strike. The worker’s union will however reimburse such a worker from its special strike fund. He argued that this is majorly the reason strike does not last long in such climes, since the purse of the unions can’t sustain long action.

He added, “this is part of no-work, no-pay as contained in section 43 of the Trade Disputes Act, Cap T. 8 Laws of Federation of Nigeria. This was invoked on Joint Health Sector Union(JOHESU) in 2018, ASUU in 2020 and National Association of Resident Doctors in 2021. The only difference is that government reversed itself in clemency on ASUU in 2020. But this neither renders this law defective nor in perpetual abeyance. This section is implied by Convention 87 of the ILO that grants employees right to strike and the employer, the right to withhold payment.”

He further said it was a wrong interpretation of section 17 of the Trade Disputes Act, Cap T8, that made ASUU accuse the Minister of taking the union to court, whereas transmitting a dispute to the National industrial Court is the next stage in a collapsed conciliation process.

“As it is, section 17 ties the hands of the Minister by providing he should within 14 days of collapse of talks , transmit the dispute to the higher body which is either the Industrial Arbitration Panel or the National Industrial Court. That is exactly what the Minister did. In fact he was in breach of the law by delaying the transmission from 14 days to 8 months!”

“ And you can see that the National Industrial Court became the tie breaker , the last straw that broke the camel’s back, otherwise , ASUU would have still been on strike.

Nebragho however appealed to the Federal Government to consider bending backwards as it did in 2020 when it released to ASUU, a back log of 9 months salary caught in the web of no-work, no pay.

“ My appeal is that the Federal Government should reconsider the no- work, no-pay in view of the peculiarities of the education system and in view of the severe hardship in the country. The lecturers are already back to school to start from where they stopped in February and making every effort to cover all the lost periods. The prerogative of mercy is in the province of the president and he has demonstrated this before.”
Dan Nebragho