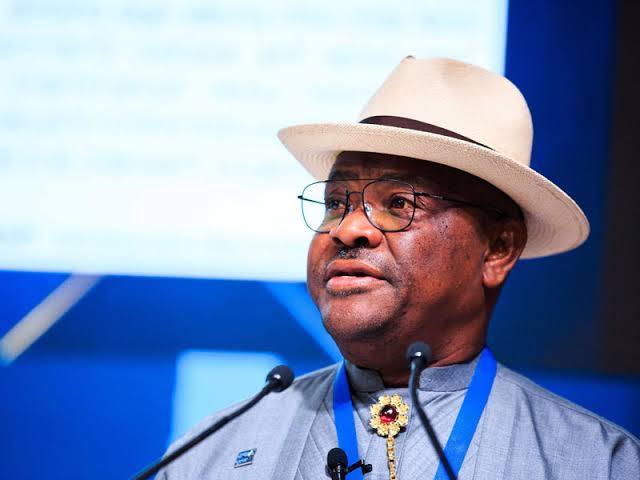 A coalition of good governance groups under the umbrella of Akwa-Ibom Professionals has asserted that contrary to claims by River State Governor Nyesom Wike that the Federal Government has paid the full arrears of 13% Derivation owed to States of the South South region since 1999, only about 15% of the funds accruable to the States have been paid.

This is just as the coalition has hailed Akwa-Ibom State Governor Emmanuel Udom for judicious and transparent use of funds paid his State on tangible development projects that have continued to transform the State in key sectors of life.

Speaking to newsmen at the end of its Stakeholders’ meeting in Abuja on Monday, National Coordinator of the Coalition, Engr. Ufot Akan Umoren, averred that Governor Wike did not get his claims right.

According to him “Governor Wike, perhaps inadvertently, misrepresented facts regarding the payment of 13% Derivation to oil producing State. It is therefore important to state the facts the way they are and not subject such very sensitive issues to politics.

Contrary to claims by Governor Wike, available records show the Federal Government has not paid any 23 years arrears but only ten months installments in line with the Order of Court to liquidate the arrears “in sixty equal monthly installments” and disbursed to states “quarterly, the first quarter being February to April 2022. What this means is that only 10 months out of the 60 monthly installments have been paid with the remaining 50 months yet to be paid”, he said.

The Coalition however commended Governor Emmanuel for the judicious use of funds paid to Akwa Ibom State leading to unprecedented delivery of development projects in key sectors.

The group praised Governor Emmanuel feat in infrastructural development including delivering the Ikot Oku Ikono flyover, the longest in the South South region; the 21- Storey Dakkada Towers the most intelligent and 7th tallest in the nation, the tallest in the Niger Delta region, the best network of modern roads in the region while leading in rural electrification among other projects.

This is in addition to running a fleet of 5 CRJ 900 Bombardier and two Airbus A220- 300 Series, recent purchase of two brand new Airbuses to bring the Ibom Air fleet to 9 aircrafts as well as constructing the most intelligent and smartest airport terminal in the region.

The group also commended Governor Emmanuel for delivering over 4,800 classroom blocks with the most modern amenities across the state, delivery of fully automated hospitals in all the 10 Federal Constituencies as well as achieving food sufficiency in the State.

Umoren noted that the people of Akwa Ibom are proud of Governor Emmanuel for delivering 25 functional employment and wealth generating industries, including the largest syringes manufacturing company in Africa, the most automated flour mill in Niger Delta, the first coconut refinery in Africa among others to rank only second to Lagos State in Foreign Direct Investments.

It would be recalled that Governor Udom Emmanuel was celebrated by the United States Consul General, Will Stevens, for financial transparency and good governance, during a courtesy visit to the Governor, last month.

It would also be recalled that the PDP Presidential Candidate Alhaji Atiku Abubakar during the flag-off of PDP Presidential Campaign in Uyo commended Governor Emmanuel adding that Akwa Ibom State under him represents what the nation should have been.

Umoren asserted that Governor Emmanuel “is a silent achiever, who is at home with his people and not playing to the gallery over little achievements”