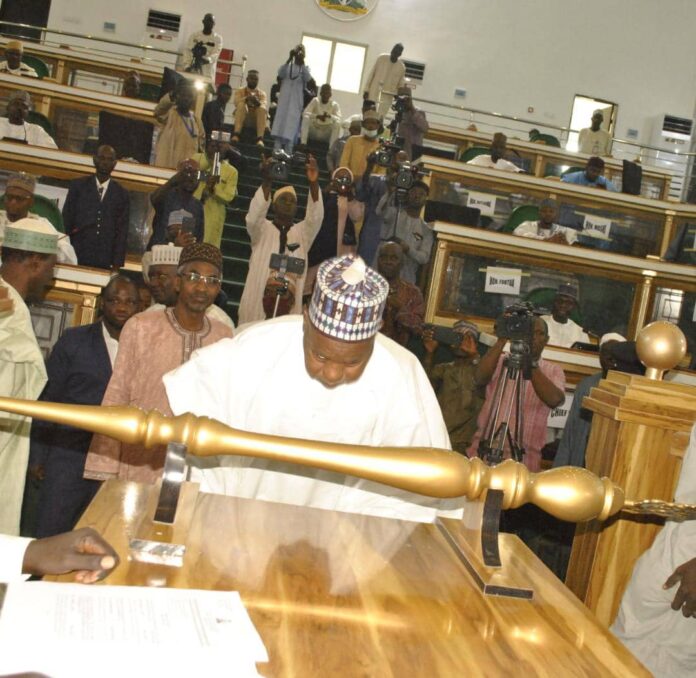 Katsina State Governor, Alhaji Aminu Bello Masari, has proposed a total budget of about N288 billion for the 2023 fiscal year.

Presenting the budget estimates on the floor of the House of Assembly on Tuesday said that the budget was lower than that of 2022 revised budget by N34,662,962,998.00.

He said that the “Budget of Transition,” proposal was designed to complete ongoing projects and initiate other capital projects that can be completed within the life of his administration.

“I am sure posterity will judge our government on the meaningful projects, programmes and policies implemented during its tenure as government of Katsina.

“We did not fail in our responsibilities to improve your lives and the condition of your livelihood within the available resources.

“As the 2023 elections draw nearer, I wish to call on the people of Katsina State to elect APC candidates at all levels for continuation of the people oriented projects, programmes and policies the APC governments at all levels.”