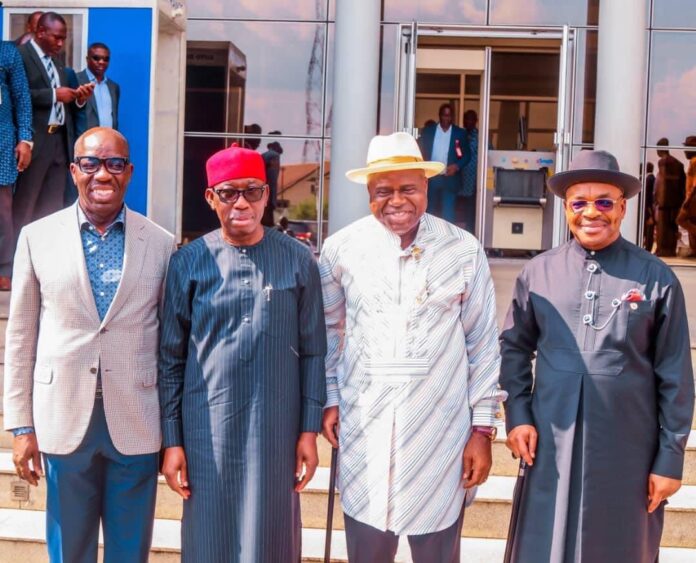 Atiku/Okowa Presidential Campaign Organisation o Wednesday night commended the South-South Governors elected on the platform of the Peoples Democratic Party, PDP, for pulling together in support of the PDP Presidential candidate, Atiku Abubakar.

Goveror Wike of Rivers State has been spearheading internal revolt in the PDP after he lost the party’s presidential and Vice Presidential ticket.

The Campaign commended the readiness of the governors to work assiduously and deliver the votes of the South-south geo-political zone to the PDP in the 2023 general elections.

Our campaign also urges the South-South governors not to relent in bringing all their brother-governors on board irrespective of their political affiliations.