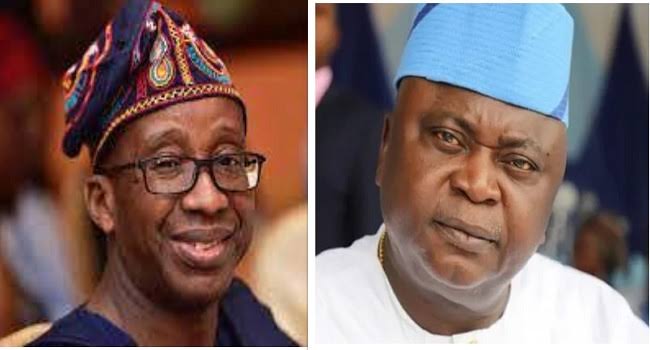 The Federal High Court in Abuja on Thursday fixed December 1, 2022 for judgment in the fierce legal battle on the governorship ticket of the People’s Democratic Party (PDP) in Ogun State.

Justice Inyang Edem Ekwo fixed the date after taking arguments from parties embroiled in the legal battle on the disputed ticket.

At the center of the dispute are Otunba Jimi Adebisi Lawal and Oladipupo Adebutu, both governorship aspirants of the PDP and laying claim and counter claim to the ticket.

Jimi Lawal who contested the May 25 governorship primary election of PDP had challenged the emergence of Oladipupo Adebutu alleging that unlawful and invalid delegates list was fraudulently used by PDP to conduct the election.

Among others, Lawal had prayed that the purported primary election of May 25  be cancelled and another one  be conducted with the authentic adhoc delegates.

However, Justice Taiwo Taiwo of the Federal High Court  in his judgment delivered on July 29 declined to hear the suit of Jimi Lawal on merit on the grounds that the primary election was a domestic affair of any political party and dismissed the suit.

The Supreme Court had however, on November 21 ordered the Federal High Court to hear on merit, the suit instituted against PDP and Adebutu by Jimi Adebisi Lawal.

Justice Ibrahim Saulawa of the Apex Court ordered speedy hearing into the suit after holding that the Federal High Court has jurisdiction to entertain the case.

At the Thursday’s proceedings, Justice Ekwo, in compliance with the Supreme Court order, heard the case expeditiously in view of the fact that the case would lapse by December 2, 2022.

Justice Ekwo said that he would do everything humanly possible to deliver judgment in the suit on December 1.

At the proceedings, Kanu Agabi SAN with Ola Olanipekun SAN stood for Jimmy Lawal as the plaintiff while Chief Chris Uche SAN argued for PDP and Oladipupo Adebutu.