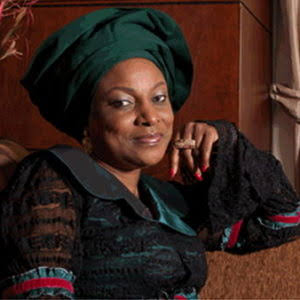 Abu made the call in a lecture titled: Beyond The 2023 Elections: The Role Of The Media In Deepening Democracy In Nigeria organised as part of the 5th convocation ceremony of Salem University, Lokoja on Thursday.

The Guest Lecturer and former Executive Director, Programmes, Nigerian Television Authority (NTA) said the Media practice of the day was bedeviled by myriad of challenges with Media ownership pattern and commercialisation as major culprits.

She said that challenges of the media in Nigeria had been compounded by the ownership pattern, commercialization and competing interests in the media industry.

Abu noted that the Media are sometimes used as proxies in the battle between rival political groups and in the process, “sowing divisiveness rather than consensus, hate speech instead of sober debate and suspicion rather than social trust.

“In these cases the media contribute to public cynicism and democratic decay.”

She identified the long list of peculiar challenges of the Nigerian Media to include corruption, poor capacity, lack of equipment, poor gender inclusion and poor remuneration, among others.

She added that journalists across the globe were being faced with physical and online threats including harassment, physical attacks and killing.

“It is a herculean task to get Media to perform its functions optimally while faced with these challenges.

“As the 2023 elections approaches, we are faced in Nigeria by the tyranny of election fever. The media is captured by the frenzy of the election cycle and therein lies the challenge of deepening democracy”, she said.

The Managing Partner/CEO of Eugenia Abu Media therefore called Media owners to be the enablers of the country’s democratic ideals through their media platforms by providing the necessary capacities and infrastructure for their staff to perform optimally.

“The media must be deeply knowledgeable to be able to provide the much-needed illumination for citizens on their rights and on issues of governance while holding leaders accountable”, she said.

Abu therefore urged the media to step up their continuous Voter And Rights Education saying that voter education is critical to democratic sustenance and must not stop even after elections.

She called for unrestricted freedom of speech and expression, government support for the Media to enable self actualization for practitioners while the media must avoid selective reporting and promotion of prejudiced stereotypes about groups and individuals.

“Regulators must also be in the forefront of providing enough information and guidance by virtue of their mandate.

“The media must necessarily be more circumspect in their reportage, more prone to research, more available to other alternative voices and less monolithic.

“The academia must help in including promotion of multi culturalism inclusion, gender and the teaching of diversity in their curricula as part of the way forward as a guide for Media practitioners”, she added.