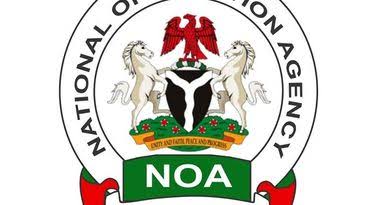 National Orientation Agency, NOA, has called on Nigerians to embrace the proper use and display of national symbols as the true measure of patriotism.

Abari therefore urged Nigerians to cherish and handle with dignity the National Flag, National Anthem, National Pledge, the Coat of Arms, Nigerian Constitution, Nigerian Passport, National Identity Card and the Nigerian Currency, stressing that the way Nigerians respect national symbols is a reflection of their respect for the nation.

He also commended Soughul for his selfless service to the nation in providing valuable guidance to the Nigerian government, citizens and organizations on the proper use, display and handling of national symbols in the past 35 years.

He said the outgoing Director has been instrumental to the NOA’s public sensitization on national symbols, without which national symbols would have totally lost their patriotic value.

On his part, Mr. Soughul called on Nigerians to always defend the nation, even in the face of national challenges. He described as paramount the duty of citizens to put the nation first at all times, emphasizing that civil servants must lead by example in this regard.

He charged civil servants to prioritize mentoring to ensure effective transfer of knowledge and capacity for continuity and productivity. The senior citizen also pledged availability to render his services to the nation whenever he is called upon.