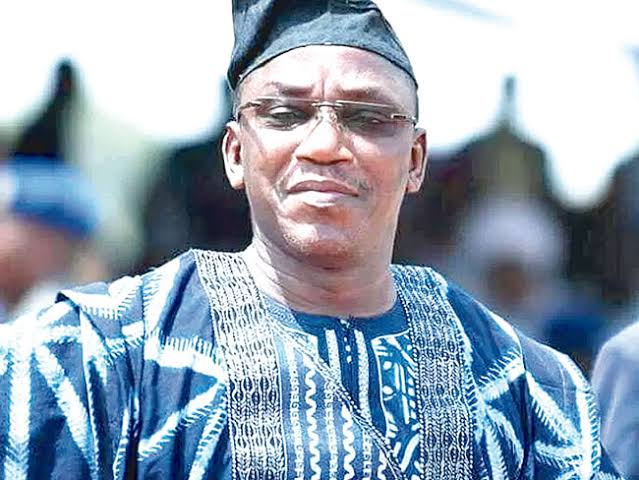 …Calls on Nigerians not to vote based on sentiments

Ahead of the 2023 General Elections, Social Democratic Party, SDP, has said that campaigns should be issue driven stating that the introduction of manipulative tendencies using digital technologies to smear the characters of political actors was unhealthy.

Solomon Dalung who is a Chieftain in the Party also condemned the APC led administration for using government facilities to run its campaign saying that it should made available for all persons seeking for Presidential seat.

Dalung said, “Political actors should run their campaign using issues that are glaring in the faces of every Nigerian and should seek ways to improving the lives of citizens and ensure security of lives.”

He decried the flagrant use of government paraphernalia for campaign for the APC candidates, therefore, narrowing the space of other contenders.

“As you all know campaigns have commenced a few weeks ago political parties have been engaging Nigerians but from the attitude and body language of some of the major political parties it is clear the there are some radical changes and violent campaigns shows that there will be elements of violence in 2023 elections.

“The use of government assets to patronize and promote a candidate by the party in government is indeed an abuse of power and an attempt to instigate and trigger disunity amongst competing candidates. I am yet to be convinced as charactetised by deploying State assets like aircraft and even by paraphernalia or power to promote the candidate of the APC. If such assets are available then it should be made available to all. The use of government aircraft for campaign and conveying the Presidential Candidate of the APC and his team should be extended to every Presidential Candidate of other parties.

He added that “if the President has decided to concede his jet to APC Presidential Candidate then he must concede it to other Presidential Candidates. That is only when you can say there is fairness and you can expect the elections to be free and fair. If there is already a disbalance then every other insinuation including the manipulation of voters register an allegation as raised by CUPP.

“We expect that President Muhammadu Buhari should be able to deliver his promise of a free and fair elections. We must with transparency see him conducting himself in that manner.”

The Former Minister of Sports, noted that those seeking for Presidential seat should have qualities such as accountability, they should be able to control the very serious issues bedeviling the country.

He lamented that they the ruling party was generating documents as well as trying to use the police to intimidate the SDP presidential candidate through fake records of of alleged criminal issues.

He further called on Nigerians not to vote into power leaders based on sentiments whether on religious, ethnicity, same ticket or whatever manipulations being used but rather enjoining eligible voters to vote for the right person.

According to him, “the days of hypocrisy and fake promises have gone. SDP has offered ourselves for scrutiny. Others should also come out and face Nigerians. 2023 is too critical for the unity of this country. Nigerians can not afford that mistake again.

“Nigerians should resist the hurricane. The problem that we are suffering today is as a result of the hurricane that I, Solomon Dalong was among in 2015 and I never knew this is how the change will be.

“The President, today is the number one victim of kidnap because Nigerians can not see him, the man who was available during campaign and shaking hands and dancing with Nigerians including the APC Presidential Candidate, today they are all victims of kidnap, political bandits have kidnapped them. You can not see or access them, people pay ransom to see them. That is not the Presidency that we are looking for.”

He also stated that the SDP Presidential Candidate had all it takes to bring the country out of its many miseries while listing qualities of Prince Adewole Adebayo to be the right choice for the job.

“Those campaigning on the basis of hurricane should know that we are a different persons now. We are not going to elect any President based on sentiments. We will elect a president who have practical solution to our problem which is Adebayo,” he added.

On SDP campaign trend, he explained that the party has been moving from one place to another, responsibly canvassing for votes even as he regretted being part of those that brought the APC administration to power in 2015.