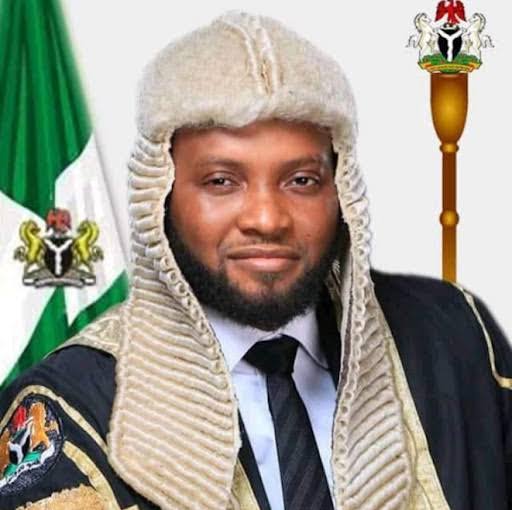 Justice Inyang Edem Ekwo of the Federal High Court in Abuja has granted an order to the Economic and Financial Crimes Commission (EFCC) to arrest and detain the Deputy Speaker of the Imo State House of Assembly, Hon Amarachi Iwuanyawu over an alleged N785M fraud.

The Deputy Speaker is the Chairman of an Abuja based Sun Gold Estate Limited, the firm he allegedly used to perpetrate the N785M fraud.

The Judge granted the order on Friday while ruling in an ex-parte application brought before him by the Executive Chairman of EFCC.

Justice Ekwo ordered that when apprehended, the Imo lawmaker should be detained till February 23 next year when he is expected to be brought to the court by the anti-graft agency.

In the ex-parte application argued by Olarewaju Adeola on behalf of the EFCC Chairman, the Deputy Speaker was alleged to have in 2012 entered into an agreement with another Abuja based Company, Hokiz Investment Limited.

In the agreement, the Deputy Speaker allegedly used his Sun Gold Estate Limited to enter into an agreement to build 14 units of 4 bedrooms terrace and one block of 6 flats on the land of Hokiz Investment Limited at Mabushi in Abuja.

EFCC claimed that the two parties agreed that 40 percent of the buildings would be allocated to Hokiz Investment Limited being the owner of the land while Sun Gold Estate, as developer, and belonging to the Deputy Speaker would retain 60 percent.

However, upon completion, Sun Gold Estate Limited was said to have sold off all the buildings without the knowledge of the land owner.

The value of the 40 percent of the buildings put at N785M was said to have been made away with by the Chairman of the Estate Developer who is the current Speaker of Imo State House of Assembly.

EFCC informed the court that a petition against the Deputy Speaker and signed by Abdullahi Malik, a Senior Advocate of Nigeria SAN on behalf of the aggrieved party was being investigated.

The anti-graft agency however lamented that all efforts to make Amarachi Iwuanyawu honour its invitations in respect of the allegations were rebuffed, hence, the request for court order to apprehend him.

EFCC claimed that information at its disposal revealed that the suspect has escaped to the United States of America.

Justice Ekwo after scrutinizing exhibits placed before the court along with convincing arguments of EFCC’S lawyer, Mr Olarewaju Adeola ordered that the anti-graft agency go after the Deputy Speaker, arrest him in any part of the world, detain and produce him in court on February 23 next year.