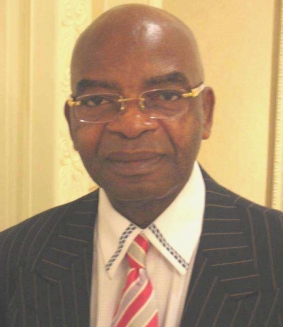 Over the years, the renowned oil magnate, Prince Arthur Eze, has remained an enigma and a phenomenon in Nigeria’s philanthropic space.

Arthur Ezeh, who hails from the royal family in Ukpo Kingdom in Dunukofia clan in Anambra State, is the Chairman of Orlanto Atlas Petroleum, the largest indigenous oil exploration firm in Africa.

Prince Eze is known to be very close to the corridors of power In Africa and the world at large but still closer to the downtrodden.

That is why Nigerians who have been following the trajectory of this business mogul will easily point to his record as a philanthropist without borders who is not curtailed by tribe, politics or religion.

Prince Eze’s philanthropy knows no boundaries; as he doles out to the poor, homeless, sick and needy, no wonder he is known as the Ozoigbondu the Igbo word for the one who saves lives.

To the politicians and political office seekers, he is the destination whose keys unlock political opportunities and fortunes.

The Ukpo born Prince is also known to have donated huge sums of money to political aspirants across party lines over the decades, especially in his Anambra State without asking for anything in return or breathing down their necks for patronage.

His exploits in the area of human development are unparalleled. Unlike many who do these for political reasons and for the purposes of gaining popularity, Prince Eze goes about his charity without blowing his trumpet. To him, philanthropy is just a way of life and not an opportunity to show off.

However, Nigerians that have been following the track record of this business mogul will point to his record as a philanthropist without borders who is not inhibited by tribe, politics or religion like late Chief Moshood Abiola. One striking thing about Prince Eze is that his philanthropy knows no boundaries; it is an all-round affair. To the poor, homeless, sick and needy, he is known as the Ozoigbondu (the one who saves lives).

To the politicians and political office seekers, he is the go-to whose keys unlock political opportunities across the land. His exploits in the area of human development are unequalled. Unlike many who do it for political reasons for the purposes of gaining popularity, Prince Eze goes about his charity without blowing his trumpet. He carries on as if he is not doing anything; since to him, philanthropy is just a way of life and not a means to show up.

To ensure his service to humanity outlives him, few years ago, Prince Eze, who studied mechanical and chemical engineering in California State University at Long Beach, USA from 1974 to 1978, started the non-governmental organisation (NGO) called Prince Arthur Eze Philanthropy and Empowerment International to drive his charitable activities. The mission of the NGO is to establish an organised structure and consolidated channels of empowerment and philanthropy. The organisation’s motto is to celebrate prosperity with philanthropy and to empower humanity with generosity

Though an indigene of Anambra State, Prince Eze constructed an overhead bridge in Ebonyi State with his funds without asking for government intervention some years ago.

He has been severally described as an illustrious son of Ndigbo who has used his wealth to touch the lives of others.

In 2013 he donated $12 million for the construction of St. Stephen’s Anglican Deanery and Youth Development Center in Otuoke, Bayelsa State.

Ijaws, not Igbos are the major beneficiaries of this Youth Development Centre. That is nationalism!

Prince Arthur Eze thereafter donated $800,000 for the construction of two primary schools in Yirol and Rumbek communities in central South Sudan. That is pan Africanism!

Through Prince Eze the Association of People Living with Sickle Cell Disorder received the sum of N5 million for a standard sickle cell clinic at the Ukpo, Dunukofia Council Area of Anambra State.

He was part of those that contributed to the relief needs of the victims of Boko Haram insurgencies, the ‘Russia 2018’ FIFA World Cup, the flood relief efforts in 2013 and the covid crisis.

A church in Abagana community benefited from his free giving as he rolled out the sum of 20 million naira for musical instruments and renovations in 2015.

This underlines his acceptance across the country. And this is why he remains perhaps the brightest star of the Igbo race across the globe.

To ensure his service to humanity outlives him, few years ago, Prince Eze, who studied mechanical and chemical engineering in California State University at Long Beach, USA between 1974 and 1978, founded the Prince Arthur Eze Philanthropy and Empowerment International to drive his charitable activities.

The purpose of the NGO is to establish an organised structure and consolidated channels of empowerments and philanthropy.

Prince Eze’s emphasis is not how rich he is but how much he gives back to the society. In this terrain he towers above all his peers.

For all you have been doing to uplift the downtrodden from misery and pain words alone cannot be enough to say thank you.

If there are large hearts like Chief Arthur Eze in every community or nation, then the problems of the poor masses would have been over.

You have remained constant like the Northern Star over the years, touching lives and wiping tears off the face of men across Igbo land, Nigeria and beyond.

As a good manager of resources you have helped to develope many parts of Nigeria through your myriads of donations and philanthropic gestures across Nigeria and behind.

You remain a first class industrialist and employer of Labour!

Dear Prince Arthur Eze, as you continue to live in good health and harmony with your people and humanity as a whole, it is our prayer that the Good lord would keep sustaining you for the good of the common man wherever they may be!

Happy birthday and many glorious returns as you clock 74 years today.

…Chief Okpala is a Veteran Journalist and Public Affairs Analyst