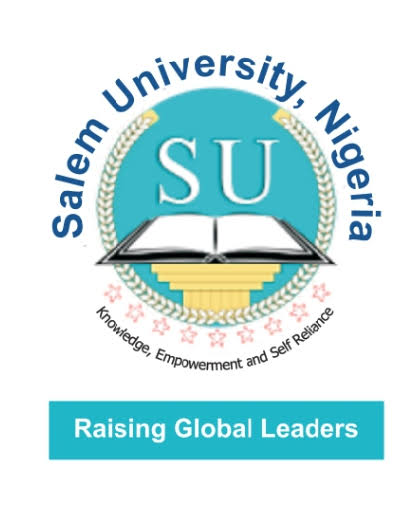 Salem University, Lokoja has Graduated 960 students with 58 of them bagging first class honours degrees in various disciplines from four sets at its 5th combined convocation ceremony

Prof. Alewo Johnson Akubo, Vice-Chancellor of the University disclosed this at the 5th combined convocation ceremony on Friday in Lokoja.

He said that among the 960 graduands being awarded degrees having been found worthy in Character and Learning were 149 Post Graduate students who also graduated from the institution within the period.

The Vice Chancellor said that the 5th convocation ceremony was the first that he would be hosting in his capacity as substantive Vice-chancellor of Salem University.

He charged the graduands to be good ambassadors of their Alma mater as they go into the wider world and labour market to face theatre of challenges as “Change Agents and Global Leaders.”

“You can neither pray nor wish troubling times away. They come to us all, both small and great, hence the need for you, graduating students today, to remain good ambassadors of Salem Brand in and out of season.

“The University since my assumption of office as the 4th Vice Chancellor, has worked assiduously to ensure full accreditation of all the programmes offered in the institution by the National Universities Commission (NUC).

“However, Salem University under my watch has had its fair share of challenges, particularly in the areas of students’ enrollment and funding.

“We have, in spite of all odds, continued to consolidate on the gains made by my predecessors”, he said.

Visitor to the University and Kogi State Governor, Yahaya Bello, in his speech, pledged sustained partnership with Salem University in the provision of quality education to citizens.

The Governor who was represented by Mr Wemi Jones, the state Commissioner for Education, Science and Technology, commended Proprietor of the University, Arch-Bishop, Dr Sam Amaga for the giant strides recorded in the institution in terms of academic and infrastructural growth.

“My administration values education as Number One priority in view of its importance as the bedrock of any nation’s economy and uplift of the living standard of the people.

“Kogi Government will continue to be part and parcel of Salem University in partnership for sound education and will not hesitate to provide adequate security to enable the University operate without hindrances”, he said.