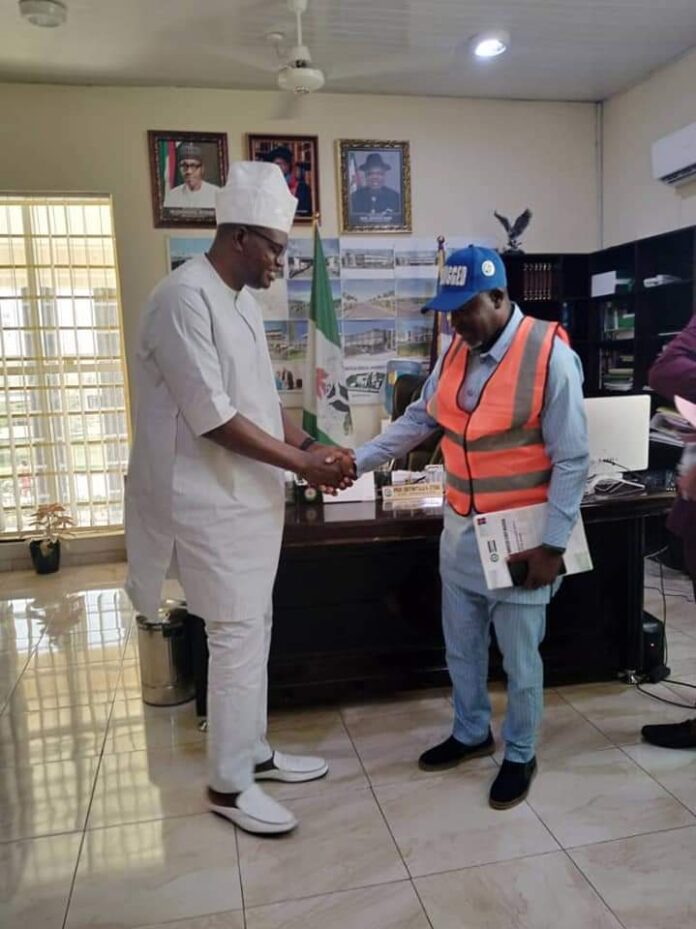 The Senior Special Assistant (SSA) to Bayelsa State Governor on TETFund, Hon. Ernest Akuna raised the concern when he visited the Bayelsa Medical University in Yenagoa at the weekend for on-the-spot-assessment of projects executed through TETFund intervention.

Akuna expressed displeasure over what he described as near absence of TETFund intervention projects in most tertiary institutions in the state, particularly the BMU.

He added that his visit to BMU was part of his on the spot assessment to have a firsthand information about TETFund support projects executed in the various tertiary institutions, well as seek areas of collaborations with their management on the priority needs of the institutions with a view to attracting more beneficial TETFund projects due the institutions on a yearly basis.

While appreciating the Executive Secretary of TETFund, Arch Sonny Echono and the South South Zonal Rep, Engr. Dumberi, for their consistent support and encouragement, Hon. Akuna said he would convey the issues raised by the Vice Chancellor of the University to the governor to enable the prosperity administration explore avenues to lobby for more interventions from TETFund within the itinerary of projects due each institution in state.

Responding, the Vice Chancellor of Bayelsa Medical University, Prof. Ebitimitula Etebu, who briefed the Governor’s aide on the many challenges facing the institution, said the institution was ready to collaborate with government to enable it benefit the same way other sister state universities were benefiting from federal interventionist agencies.

Prof. Ebitimitula Etebu expressed his appreciation to the Governor for establishing the office of the SSA on TETFund Matters, saying that TETFund should not be seen as only Federal Agency, just as he thanked Hon. Akuna for making BMU the first point of call in his on-the-spot-assessment tour of tertiary institutions across the state.

“I want to, through your office, firstly appreciate the Governor of Bayelsa State, His Excellency, Sen. Douye Diri for raising our monthly intervention from the initial N50 million to now N70 million which is very commendable, even as we ask for more as the university staff and students’ strength keep increasing.

“There is no abandoned TETFund project in the university for now and only last year 2021, we were captured in the TETFund projects of a Library intervention, which is ongoing and yet to be completed. We wish to work hand in hand with your office and also seek for areas we can collaborate to get more interventions from TETFund in Abuja, just as we are also not relenting on efforts towards this on our part”, Prof Etebu noted.

High point of the visit, was the inspection of the ongoing university library intervention project under construction by the SSA.

Meanwhile, the Senior Special Assistant (SSA) to the governor on TETFund, Hon. Akuna has called on the Executive Secretary of TETFund, Arch Sonny Echono to provide special flood intervention projects in tertiary institutions across the state to cushion the effect of the devastating flood which affected tertiary institutions in the State.

He said: “The damage caused by the flood in the affected tertiary institutions is beyond what the state government onl can handle because properties worth billions of naira were damaged, including furnitures, teaching and learning materials among others, hence we are appealing to the federal government, through TETFund to come to our aid with interventions in these institutions”.