HomeHeadlinesILO, NLC partner to strengthen capacity of MSMEs on promotion of decent...
Headlines 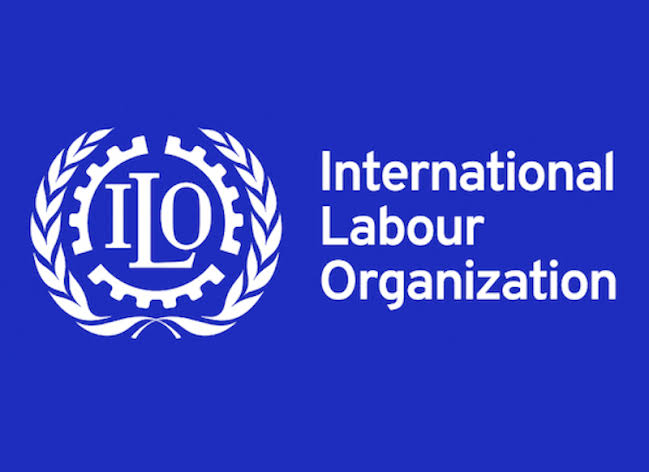 The Nigeria Labour Congress(NLC) with support from the International Labour Organisation (ILO) has commenced capacity building training for Micro, Small, Medium Enterprises (MSMEs), producing Personal Protective Equipment(PPE) and healthcare related products on the promotion of decent work in their operations.

NLC General Secretary Emmanuel Ugboaja, while speaking at a three-day workshop on “ Capacity Strengthening of MSMEs on Decent Work Conditions for North Central Local MSMEs’’ in Abuja, noted that the programme is aimed at improving the working conditions in the MSMEs to better position them for productivity and make them competitive.

Ugboaja, represented by Mr Uche Ekwe, NLC Head of International said the MSMEs had contributed immensely in the struggles to curtail the COVID-19 pandemic that ravaged the globe.

He therefore said that the workshop was to strengthen the capacity their in contributing to the Decent Work Agenda for the development of the country.

“The overall objective is to support the MSMEs producing PPEs and healthcare related products to place decent work at the top of the agenda of their operations,’’he said.

The NLC general secretary said that at the end of the workshop the participants would have gain knowledge on how MSMEs would improve on decent work in their operations.

He also said that the workshop enable the MSMEs know the pillars of decent work which include labour rights, social protection, social dialogue and other critical labour market issues, and to advance formalisation.

Daju who was represented by Mrs Lauretta Adogu noted that the ILO defined decent work as “productive work for women and men in conditions of freedom, equity, security and human dignity’’.

She added that, increasing employment and ensuring decent work for all are essential aspects of suitable development.

She also said that the vulnerable or Informal work seems to be the norm in most of the developing countries with women and children being the most exposed.,

According to Daju,to survive, these people accept to work in bad conditions, at low productivity rates, in jobs with high turnover and low incomes and combine several jobs to try to make ends meet.

“This result is a high proportion of working poor in developing countries.The importance of the program on strengthening the MSMEs cannot be overemphasized, considering the impact it will have on all facets of our national workforce.

“It will further create awareness and sensitise the MSMEs on the need to have a union to prote and advance the interests of its members in the workplace.

Phala said that the project is to supports the capacity of MSMEs and manufacturers to meet both domestic and foreign demands..

She noted that the ILO component of the project focused on capacity building in the areas of Occuptional Safety and Health(OSH), business development, financial services, and decent working conditions.

She also noted that successful enterprises are at the centre of strong economies societies as they create employment and raise living standards.

“This sector contributes significantly to alleviating poverty and increasing job creation. This means that there is a pressing need to support the MSMEs to understand to concept of Decent Work and incorporate same in the structure of their enterprises at all levels.

“This will increase their productivity, efficiency, effectiveness as well as scale up the number of decent jobs created, thereby reducing unemployment or employment poverty.

“The ILO provides added value because of its focus on both the quantitative and qualitative aspects of employment creation, ’’she said..

She said that the workshop is tailored to supporting the MSMEs to achieve and make decent working conditions the core of their operations.

Mr James Eustace, NLC Focal Person in the ILO said that the NLC would be working with 174 MSMEs that the ILO had identified and had been working.

He said the programme would be held in three zones in the first phase.

“This is just the beginning of the story series, which is North central, next week will be South-South and Southeast while the Southwest, will be in first week in December,, all targeting the MSMEs., ‘’he said.