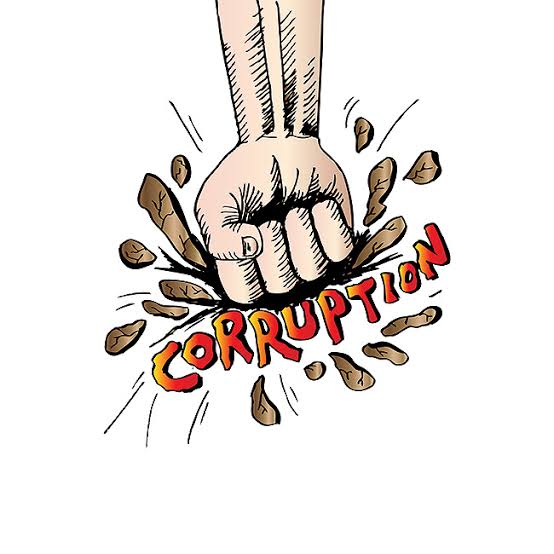 Executive Secretary, Presidential Advisory Committee Against Corruption, PACAC, Sadiq Isah Radda has stated that personal and collective responsibilities were the most proactive and pragmatic ways to fight against corruption.

In a Presentation at a Policy Dialogue held in Accra, Ghana with the Special Prosecutor on Corruption on Wednesday 23rd November 2022, Radda noted that corruption could only be fought but cannot be killed owing to its impossibility stressing that corruption can be significantly diminished by fighting it.

He said: “Nigerians want a better society even without their support. We fail/refuse to view our past, current and future actions or inactions in our current predicament. Also, we want a huge problem solved overnight. We ignore our faults and look at others. We like passing the buck. In short some people are like sinners looking for saints, forgetting that corruption is a personal and collective responsibility.”

While describing the term corruption, he said that generally, corruption was seen as the abuse of position of trust by a public official for private and other pecuniary gain to other.

This he said can be financial material or otherwise adding that corruption can also be seen as subversion of due process, procedure and law for selfish ends.

The Professor of Criminology, who’s areas of interest were human rights, youth delinquent behaviours, corporate scandals/crime, policing explained that the fight against corruption in the country has yield commendable results saying that, “President Muhammadu Buhari established PACAC and has never ever waivered on fighting corruption in Nigeria.

“Corruption can only be fought but cannot be killed. PMB never promised to kill corruption owing to its impossibility. But corruption can be significantly diminished by fighting it.”

He further explained that, “As part of the government’s anti-corruption fight, President Muhammadu Buhari, GCFR constituted the Presidential Advisory Committee Against Corruption, PACAC, in August 2015. It was the first committee set up after he was sworn into office in May 29, 2015.

“PACAC commenced work on August 10, 2015 with the mandate to promote the reform agenda of the government on the anti-corruption effort, to advise the present administration in the prosecution of the war against corruption and the implementation of required reforms in Nigeria’s criminal justice system.

“According to Odekunle (2019) corruption is any act or deliberate omission in the realm of public or corporate functioning which gives illegitimate or out-rightly illegal benefit or advantage to the individual (directly or indirectly) but to the detriment of the “collective” public/corporate interest of the group, community or nation.”

He pointed out that the limitation of the term “corruption” to the monetary/financial was inadequate and unhelpful, “as accordingly, a generic/wholesome conception of corruption is vital. Hence, it includes financial/monetary corruption; political/electoral corruption; policy/legalised corruption; administrative/bureaucratic corruption; professional/occupational corruption; and artisan/work-place/routine corruption.”

He said that in fighting corruption, “the President must be free from corruption. He must not shield anyone. He Must not ask for the arrest of anyone. He must not interfere with the work of ACAs. He must give them resources, human, financial and material to deliver. DITTO the VP. PMB had done all these.”

On Credible performances in fighting corruption, he commended MDAs and other efforts made saying, “NAFDAC, NAPTIP, CUSTOMS, IMMIGRATION, JAMB, NECO, NDDC, FAAN, NDLEA, NCC, NCDC and control of COVID-19, CBN and self-sufficiency in rice. Arms procurement for security agencies resulting in successes at the battlefields: over 80 thousand insurgents have surrendered. More recruitments and training. Prompt payment of entitlements. Payment of salaries regularly. Salary bail out for states. Getting out of recession. Improved foreign reserve.

“Performances by ACAs: such as the activities of ICPC, EFCC, NFIU, MoJ, etc in the areas of arrests, prosecutions, convictions, recoveries, etc. See the efforts of the police, DSS, etc.

“Global recognition the world has agreed that PMB has integrity. African leaders made him Africa Champion of Anti-Corruption. ICPC gave him Integrity Icon Award. He is a step ahead of his peers. Non- visible ones.

“In fighting corruption as top agenda of FGN, Good for the youth to shun cutting corners.
Political will of the President and VP.
Mutual Legal assistance with nations, MLAS.
Positive perception of Nigeria globally.
PMB as Africa Champion of Anti-corruption 2018
United Nation’s General Assembly, UNGA, Presidency.”

On Challenges in the fight against corruption he listed that
“BVN vs banks, TSA vs MDAs, Prevalence of Safe Havens, assets return from abroad vs technicality, assets management, corruption at sub national level, poor quality of politicians/ demonized politics, weakened Code of Conduct Bureau, CCB, of which the country has only one Code of Conduct Bureau tribunal”, were still hindering the success in the fight.

He further stated that much more could be achieved if auditors’ reports were taken seriously also noting that Executive genuine reforms of the civil service, cost of governance at all levels was reduced.

He also said that, ” States, LGAS, private sector, families, schools, religious leaders, role models/ leaders, CSOS, lawyers and judges should demonstrate genuine interests and commitment to the fight against corruption adding that ACAs needed to concentrate on NBC to deny looters benefitting from the proceeds of their crime.

He added, “To be fair, Buhari, Osinbajo and APC have tried in the fight against corruption. They have paid their dues as par campaign promises of fighting corruption in Nigeria.”