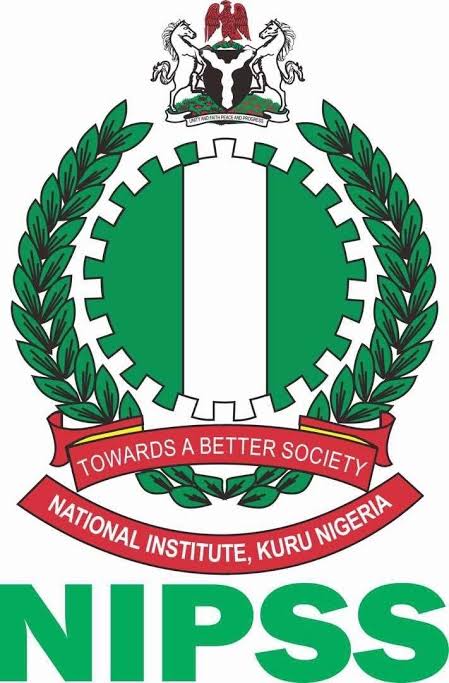 As the 2023 general elections gathers momentum, the National Institute for Policy and Strategic Studies, NIPSS, has organised its Annual Summit of Political Parties and Stakeholders in efforts to establish a link between political parties, elections, consolidation of Democracy in the country by critical examination of issues, challenges of electoral laws and credible elections as well as formulating strategies for elections in Nigeria.

Speaking yesterday at the event held in Abuja, with the theme; “Political Parties, Elections and the Consolidation of Democracy: Emerging Issues and needed Interventions in Nigeria”, the Director General, NIPSS, Professor Ayo Omotayo stated that the summit will be a contribution to the ongoing debate on how to ensure that the 2023 general elections in Nigeria produce a set of leaders that will move the country forward.

Omotayo who was represented by the Director of Research, NIPSS, Professor Dung Pam Sha said that the institute had specially organised the summit to present a platform for political parties and other political actors from government agencies, the Civil Society, academia, non governmental organizations and developmental sectors with the opportunity to brainstorm and have deep reflections on the state of political parties in Nigeria and how to conduct successful elections.

He noted that the meeting was expected to make a thorough examination of the theme and profer solutions on questions concerning credible elections, improvement in nation’s politics, sustaining faith in Democratic process as well as meeting the avenues of constitutional changes of Democratic governance in Nigeria and possibly other parts of Africa.

“The summit will be a contribution to the ongoing debate on how to ensure that the 2023 general elections in Nigeria produce a set of leaders that will move the country forward.

“We hope to unravel thermatic germane issues in the electoral process and provide concrete policy proposals that will that will improve the running of political parties, the conduct of elections as well as leveraging on the opportunities available for the consolidation of Democracy in Nigeria,” he said.

He called on political actors and stakeholders to enable the summit become an avenue for political parties to build concensus on common areas leading to a free, fair and credible elections in 2023 as well as ensuring a formidable and united Nigeria.

“I am optimistic that the theme which will thoroughly x-ray and profer solutions for our evolving democracy via distinguished politicians, academia and stakeholders being invited,” he added.

He further commended the leadership of various political parties, assistance of the European Union, EU, for its support in nation’s politics and the Inter-Party Advisory Council, IPAC, for making their collaborations work towards raising the standards of elections in the country.

Also the National Chairman, Inter-Party Advisory Council, IPAC, Alhaji Yabagi Sani stated that elections and the power to choose generally were fundamental rights for people to make choices adding that elections should not be characterized by rancour.

Sani said that the conduct of free and fair elections in Africa has always been a very hard nut to crack noting that to a great extent, it was the freedom of leadership that has caused the problems that has led the country in its present situation.

He said: “This tells of a political system that rallies rather than building the nation. Nigeria’s political systems have been characterized by impatient exclaims when it is time for the people to make their choice. The country naturally sees elections as a period of violence that is why our boarders are closed and cities are shut down on election day even after elections. The power to choose are fundamental rights of the people. The reason of this violence varies, it can be designed to limit number of voters, to undermine the abilities the opponents, vandalize votes. For the 2023 general elections, Independent National Electoral Commission, INEC, has already raised alarms over increasing violence in the campaigns.”

The IPAC helmsman also said that it would be a huge task for the electoral umpire to manage the over 66 million Nigerians who have been given the opportunity to vote into power leaders because this is the first time such figure has been captured adding that it was handy that NIPSS had brought together political parties, their leaders and stakeholders to ensure Democratic governance in the country.

Delivering the Key note address, Former INEC Chairman, Professor Attahiru Jega enjoined Nigerians to elect into power leaders who will seek the development and growth of the country adding that, “they should not collect peanuts given by politicians,” thereby refusing to contribute to the problems of the nation.

Jega noted that enlightenment, sensitisation and voters civic education was very important saying that it was not only the responsibility of INEC but also a primary responsibility of political parties because, “they are the ones that recruit candidates, prepare them for elections and they want people to come and vote how can they sit back and expect INEC with its limited funds to do that for them.”

He further stated that the reckless political class do not engage citizens on substance, ideas, idealogies or realistic programmes, all they do is mobilize people based on ethnicity and primodal identities to create an us versus them distinctions adding that then it seemed like a strategy for winning elections but now it has been weaponised leading to violence and “the elections might seem a difficult task but it was not an impossible task and it would be accomplished.”

In the same vein, Chairman INEC, Professor Mahmood Yakubu represented by Hauwa Habib a Director in the electoral commission said that through the summit there was a visible intention by stakeholders to consolidate the Democracy in the country by proferring solutions to the challenges faced by political parties, electioneering and the need to ensure that fundamental and Democratic objectives for the citizens.

Meanwhile, Ambassador of the European Union to Nigeria and the ECOWAS, Her Excellency, Samuela Isopi noted that ahead of the general elections there was a lot of work to put in, hence the collaboration was necessary for smooth running of elections in Nigeria.