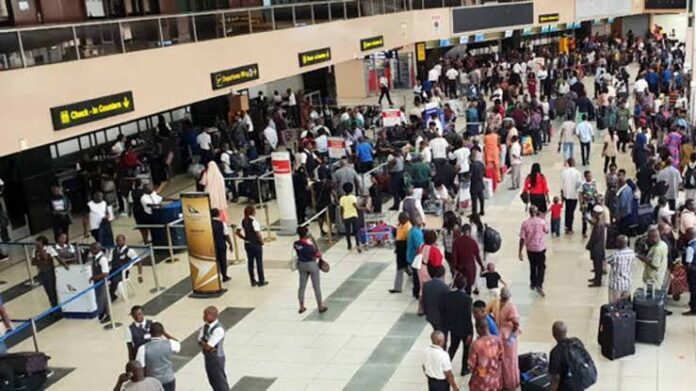 At a press conference she addressed in Abuja Tuesday on one of her constituents Binchi Lar detained in the United Arab Emirate, UAE but now promised pardon, the lawmaker expressed the entire constituency’s gratitude to the authorities of the UAE for harkening to the voice of the government and people of Nigeria for Binchi’s release.

Hon Lar confirmed that she had been contacted by relevant UAE authorities that based on the Nigerian government and its agencies’ intervention in the matter, the detained Binchi Lar would be set free from detention in early December to rejoin her family.

Binchi Lar was sentenced to a one-year jail term in Saudi Arabia for what authorities there termed cybercrime for sharing videos of immigration officers supposedly detaining Nigerians at Dubai Airport without giving them reasons for their detention.

Hon. Beni Lar, accompanied to the briefing by community members of Binchi Lar expressed belief in the promise given by the EAU government to set Binchi free and warned other Nigerians travelling out of the country to be familiar of the laws and ways of their hosts, so as no to run foul of them.

The lawmaker also used the opportunity to thank the House of Representatives Press Corps for awarding her the ‘ The Best Female Legislator of the Year’ laurel at a recent ceremony and promised the honour would spur her on for better service to the nation.