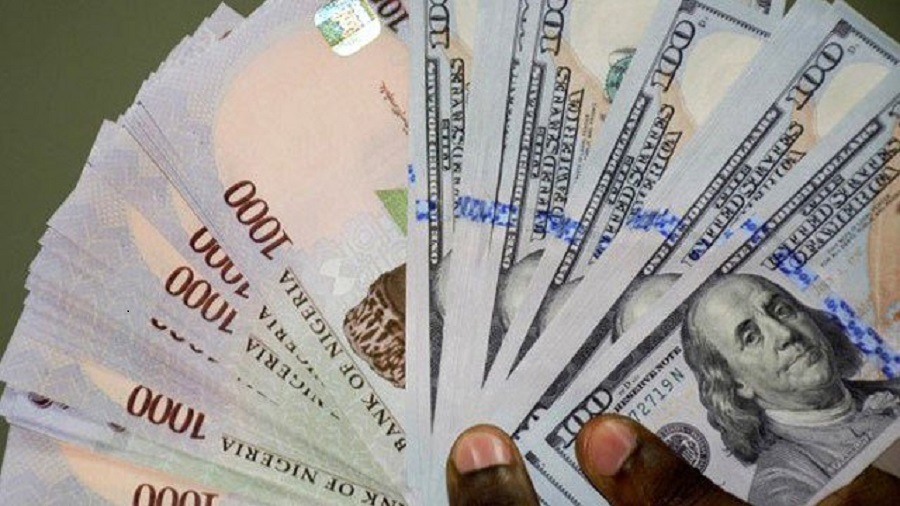 Exchange rate of the Nigerian currency and the American dollars is now N475 per dollar. Investigations yesterday showed that the rate is likely to climb up to N500 per dollar by December this year.

A Bureau-De-Change operator, Alhaji Badamasi Yusuf who spoke to media yesterday attributed the high cost of the exchange rate to short falls in dollars earnings as a result of fall in crude oil price in the international market.

According to Alhaji Yusuf who is the Director of Maurison International Bureau De Change, “the situation is dicey, I don’t expect it to come down very soon, in fact it may be as much as N500 per Dollar by December”

Another operator who gave his name as Al-Nasara collaborated the position of Alhaji Yusuf explained that the source of dollars inflow into the country has been narrowed down because of many unexpected factors such the current global pandemic challenge.

It would be recalled that in the penultimate week, Forex turnover dropped by 39 percent, as Nigeria’s exchange rate at the NAFEX window depreciated against the dollar to close at N386/$1 during intra-day trading.

Also, the naira depreciated against the dollar, closing at N470/$1 at the parallel market on Friday, November 13, 2020 – its weakest level in 6 weeks, despite the intervention of the CBN in the foreign exchange market – as the dollar supply is not enough to meet demand, especially as the pressure of the Christmas season sets in.

Parallel market: According to information from Abokifx – a prominent FX tracking website, at the black market where forex is traded unofficially, the Naira depreciated against the dollar to close at N470/$1 on Friday.

This represents a N2 drop when compared to the N468/$1 that it exchanged for on Thursday, November 12.

The local currency had strengthened by about 7.8 percent within one week in September at the black market, as the CBN introduced some measures targeted at exporters and importers.

This is to boost the supply of dollars in the foreign exchange market and reduce the high demand for forex by traders.

The CBN has sold over $500 million to BDCs since they resumed forex sales on Monday, September 7, 2020.

This was expected to inject more liquidity to the retail end of the foreign exchange market and discourage hoarding and speculation.

However, the exchange rate against the dollar has remained volatile after the initial gains made, following the CBN’s resumption of sales of dollars to the BDCs.

The President of the Association of Bureau De Change Operators, Aminu Gwadebe, said he expects the impact of the extra liquidity in the market to be gradual.

Despite the drop in speculative buying of foreign exchange, the huge demand backlog by manufacturers and foreign investors still puts pressure and creates a volatile situation in the foreign exchange market.

The CBN is still struggling to clear the backlog of foreign exchange demand, especially by foreign investors wishing to repatriate their funds.

The drop in dollar supply after the previous trading day’s increase, reinforces the volatility of the foreign exchange market. The supply of dollars has been on a decline for months due to low oil prices and the absence of foreign capital inflow into the country.

The average daily forex sale for last week was about $169.93 million, which represents a huge increase from the $34.5 million that was recorded the previous week.

Total forex trading at the NAFEX window in the month of September was about $1.98 billion, compared to $843.97 million in August.

The exchange rate is still being affected by low oil prices, dollar scarcity, a backlog of forex demand, and a shaky economy that has been hit by the coronavirus pandemic.

A financial expert and Managing Director of Financial Derivatives had stated that he expects the exchange rate at the parallel market to likely depreciate to N470-N475/$1 in November and December due to low oil prices that will further limit foreign exchange supply.

Kehinde Ibrahim, ONU OKORIE - December 2, 2020 0
The governor of Ogun State Prince Dapo Abiodun today presented a budget of #339 billion to the State House of Assembly. While presenting the budget...