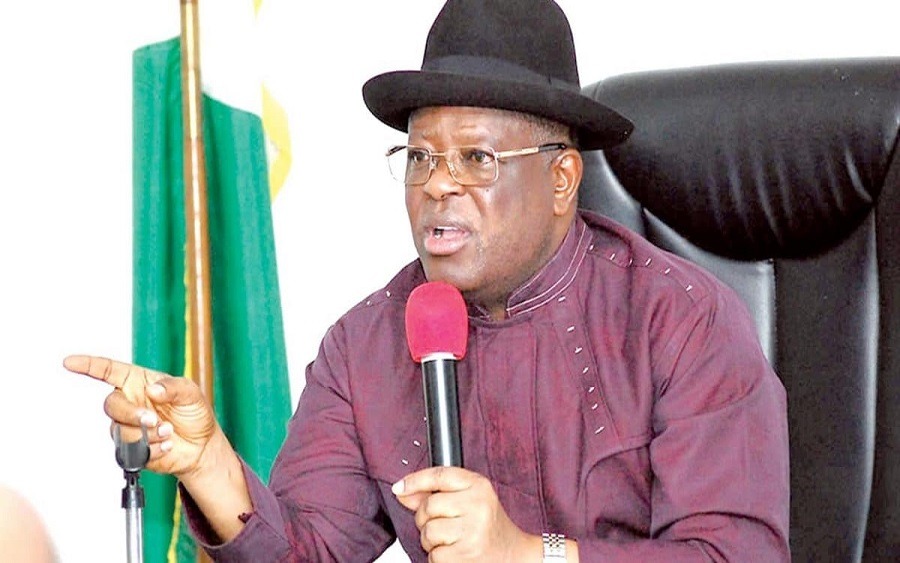 Governor David Umahi of Ebonyi State yesterday formally defected to the ruling All Progressives Congress, APC, and accused the Peoples Democratic Party, PDP, of marginalizing the people of the South-East zone.

Umahi, who made the declaration while briefing journalists at the new Government House, argued that if the PDP does not have an ulterior motive, why would they not make a statement zoning the 2023 presidency to the South-East?

He stated that there would be a mass exodus of stakeholders from the PDP to APC in the zone.

The governor also noted that he has no presidential ambition and has not been promised the presidential seat in 2023.

He stressed that contrary to the allegation that he left because he was not promised the presidential ticket by the PDP, the governor noted that he would not have collected the ticket even if it was given to him, adding that his decision to leave the PDP was because of the injustice against the people of the South-East by the party, not minding that late Vice President Alex Ekwueme was a foundation member.

“I am not driven by selfish interests but because we need to protest against marginalization. We have benefited more from the APC government. I did not start this protest today. I have no regrets. In life you have to be courageous,” he said.

Umahi noted that the over 50 organizations, House of Assembly and the State Working Committee of the PDP in Ebonyi State have demanded that the position be zoned to the South-East.

He added that the PDP has not been fair to the South-East zone which necessitated his decision to quit the party as a sacrifice for the purpose of actualization of a president from the South-East zone, explaining that having been a successful governor for two tenures and a successful businessman, he would return to business where he also has a calling.

He added that the South-East had remained faithful to the PDP, voted for its candidates, and yet had not been considered fairly in the Nigerian polity.

Umahi explained that if an Igbo man is a president he would naturally be protective of all sections of the country, more so because the Igbo have a stake in all parts of Nigeria.

Mike Odiakose - November 18, 2020 0
...Buhari promises to use dialogue to ensure peaceful, harmonious environment ...Reassures that all stakeholders will be involved in maintaining peace ...Police surround Afrika Shrine, warn against...

Mike Odiakose - November 22, 2020 0
Dr. Robert Sola Okojie, an Ohio-based Aeronautics Scientist in the United States of America, has been inducted into the National Aeronautics and Space Administration...