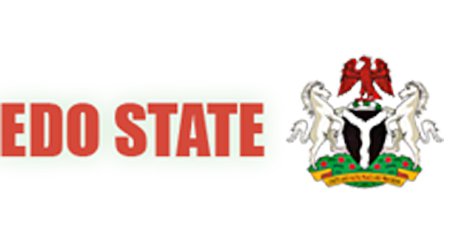 Facebook
Twitter
Pinterest
WhatsApp
The Chairman of Esan Central Local Government Council of Edo State, in Edo Central Senatorial District, Prof. Waziri Edokpa  has been abducted by  gunmen suspected to be kidnappers
The LG boss was kidnapped on Friday, November 20, along the Benin-Ekpoma-Auchi Road and taken to an unknown destination.
It was gathered that local Government Council Chairmen from Edo South Senatorial District is said to be present in a closed-door meeting with the State Commissioner of Police, Johnson Babatunde Kokumo.
The security meeting is aimed at finding a lasting solution to the current increase in crime rate in the state and how to secure the immediate release of their colleague.*Obaseki re-emphasizes 10 pm to 6 am curfew, as army begins 7-day operation to check criminality, insecurity*
Meanwhile the Edo State Governor, Mr. Godwin Obaseki has urged security agencies in the state to reinforce the existing 10 pm to 6 am curfew imposed to check the activities of hoodlums and criminals following the hijack of the #EndSARS protests in the state.
Obaseki spoke on Friday when he received the General Officer Commanding 2 Division Nigerian Army, Major General Anthony Bamidele Omozoje, at the Government House, Benin City.
The visit was to inform the governor on plans by the military to embark on a seven-day heightened security operation to fish out criminal elements in the state.
The governor who thanked the Chief of Army Staff and other senior security officers for refusing to be compromised and ensured that Edo had a free, fair, and credible election, said their actions have saved and sustained democracy in the State and Nigeria.
Obaseki said: “We have a subsisting curfew in Edo, which is being breached. To support your seven-day heightened security effort, we are reinforcing the curfew from 10 pm to 6 am daily. The town should be on lockdown and anyone found outside within this period should be dealt with according to the law.”
The governor said during the #ENDSARS protest, Edo was a hotspot, as hoodlums took advantage of the heightened anxieties surrounding the September 19 governorship election to cause mayhem.
Obaseki, who assured of the government’s support, thanked the commanding officer for the moves made, which he said would ensure normalcy is restored in the State ahead of the yuletide season.
He noted: “We will increase consultations with various stakeholders, traditional rulers,
youth groups, and religious leaders over the seven-day operation to sensitize them and solicit for their support, cooperation, and information to help rearrest the fleeing inmates from our correctional centers.
“We have their data and we would commence flashing their names and pictures on social media, television stations, and other media platforms. We would release hotlines for citizens to call and give vital information to security agencies, especially information on those that have arms and ammunition in their custody”.
Speaking earlier, Major Omozoje said he is in the state to collaborate with other sister security agencies to see how to consolidate on the gains being made in curbing the rate of criminality witnessed after the EndSARS protests.
“We need to go actively after these criminals in order not to give them the liberty to operate. The seven days heightened security operation will involve all security agencies to arrest criminals and recover arms and ammunition.”
He said the operation has been carried out in Osun, Kwara, Oyo, Ekiti, and now Edo State, adding, “We would establish fixed checkpoints at very critical locations within the City.
“After the operation, an evaluation will be carried out to know the level of success. We have men in Ibadan and Akure who are ready re-enforce our effort if need be

75% of TB cases can be identified through community engagement –...

Frank Ehizojie - November 18, 2020 0
Experts have said that the role of civil societies in the case management of tuberculosis cannot be undermined in communities as they continue to...