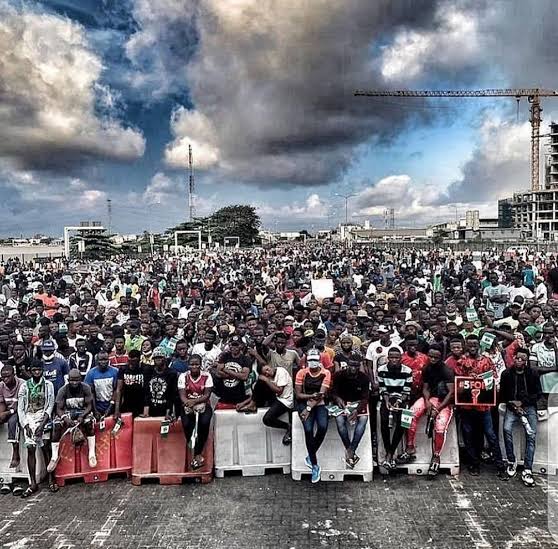 Facebook
Twitter
Pinterest
WhatsApp
Nigerians in Diaspora Monitoring Group, NDMG, has faulted Cable News Network, CNN, over its report on the Lekki shooting in Lagos State, adding that the American television station is desperate to restore its already lost credibility.
According to the Nigerians in Diaspora, CNN is under pressure to salvage whatever is left of its diminishing image and perceives the EndSARS protest in Nigeria as its final shot at redemption.
The Nigerians in Diaspora Monitoring Group said there is no originality in the piece as it followed a pre-existing script aimed at indicting the government and military.
In a statement signed by Cosmos Collins, the President of NDMG, United Kingdom chapter, the group, however, advised the television channel to apologize to Nigeria.
It further warned the media outlet against any racist approach which in the past led to chaos in Iraq, Ukraine, the entire Middle East, and North Africa.
The group also vowed to exploit available legal means to curtail the excesses of CNN’s propaganda in the country.
“The Nigerians in Diaspora Monitoring Group has taken time to review a purported special report by Cable Network News, CNN, alleging several crimes against the authorities in Nigeria from October 20, 2020, Lekki Toll Gate incident and has come to the inevitable conclusion that the international news network owes Nigeria and its citizens apology.
“Our review confirmed that there was no originality in the report, which is nothing but a stringing together of information that was already available in the public domain in a manner that was aimed at indicting the government and Nigeria’s military forces.
“We find it rather unfortunate that instead of accepting a previous error in its tweet of October 23, 2020, in which it claimed 38 people were killed and associated news stories that were later disproved, CNN resorted to concocting its latest round of lies to blackmail the Nigerian government into overlooking its offense.
“CNN was one of the international networks that gave the impression that people were massacred in Lekki and have had to cope with the loss of credibility arising from not having bodies to show for the claim and a crime scene that is inconsistent with the casualties claimed.
“Understandably, CNN is now under pressure to salvage its image as a credible news source, but it is something it could have tried doing without attempting to further undermine Nigeria.
“From falsely predicting a Donald Trump election loss in 2016 to claiming the existence of phantom Weapons of Mass Destruction in Iraq in Saddam Hussein era, CNN antecedent as a lying contraption is something that has attained a cult status. Its lack of remorse and an absence of capacity to retract its lies and tender apology when caught out has become legendary.
“So, knowing that every single one of the 38 people it previously claimed as killed has “resurrected” to rebut its report of their death, CNN resorted to concocting fresh lies with its fantasy film production. This cavalier approach to the editorial responsibility expected of an international broadcaster is irresponsible and most unfortunate.  We believe CNN would have acted more responsibly if it were reporting countries it considers allies of the United States of America, which makes its reporting in Nigeria patently racist.
“CNN’s racist approach is highly condemnable, especially considering the damage that this news outlet has done with its weaponized reporting as it did in Iraq, Ukraine, and the entire Middle East and North Africa where its lies of popular discontent helped sparked off the now highly regrettable Arab Spring.
“Even more condemnable is our discovery that the misleading special report on the Lekki incident is part of a campaign of demonization against the authorities in Nigeria as we have seen attack fronts against the Federal Government of Nigeria open up on other shows and programs of the television network.
“The Nigerians in Diaspora Monitoring Group demands that CNN immediately discontinue its demarketing campaign against Nigeria, retract its lies and apologize to our dear country and compatriots failing which we will exploit available legal means to curtail the excesses of this propaganda behemoth,” the group asserted.

17 Billion loan: CBN loan is not money you can divert...

Okwudi-Vital Jamike - November 19, 2020 0
Sequel to controversies that had trailed the approved seventeen billion naira loan by the Bayelsa state House of Assembly, the state government has said...