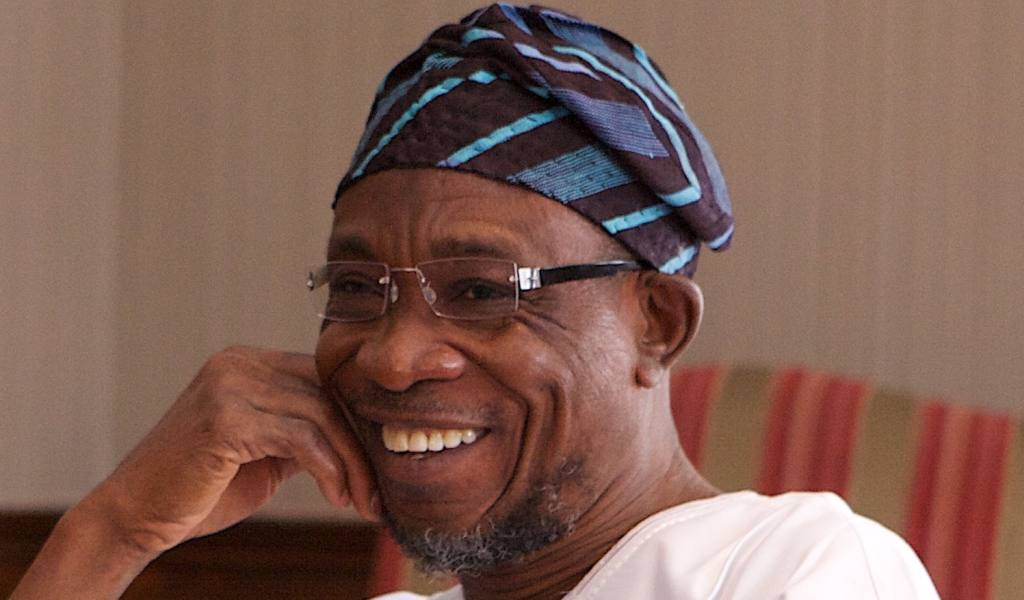 Ogbeni Rauf Aregbesola was born on 25th May 1957. He had his primary and secondary education in Ondo State and later attended The Polytechnic, Ibadan, studying Mechanical Engineering and graduating in 1980.

Aregbesola has a wealth of experience garnered through wide exposure in the private sector, such as the Nigerian External Telecommunications, now Nigerian Telecommunications Ltd. and Lagos Airport Hotel, before establishing his own Engineering Services Company, Aurora Nigeria Limited, in 1986, handling numerous projects for both government and private organizations in most states of the Federation.

His involvement in politics dates back to his undergraduate days when he was Speaker of the Students’ Parliament (1977 – 1978) of The Polytechnic, Ibadan, and the President of the Black Nationalist Movement (1978- 1980). He was also an active supporter of other progressive students’ movements nationwide, which earned him several awards and memberships. In June 1990, he became an elected delegate to the SDP inaugural Local Government Area Congress.

In July of the same year, he was also a delegate to its first National Convention in Abuja. As a pro-democracy and human rights activist, he was a major participant in the demilitarization and pro-democracy struggles of the 1990s. He was Director of the Bola Ahmed Tinubu Campaign Organization (BATCO), which engineered the electoral victory of Asiwaju Bola Ahmed Tinubu as the Governor of Lagos State in 1999. Between 1999 and 2007, he was the Lagos State Commissioner for Works and Infrastructure. In the year 2007, Rauf Aregbesola contested for governorship in Osun State on the platform of Action Congress of Nigeria (ACN) and won the election.

He was, however, not declared the winner and therefore appealed against the decision. On November 26, 2010, The Election Appeal Tribunal declared him the winner of the election, leading to his being sworn-in as the governor of Osun State the next day. On August 9, 2014, Rauf Aregbesola was re-elected as the Governor of Osun State for another term of four years. He is a Fellow of the Nigerian Institute of Management (FNIM), Nigerian Society of Engineers (FNSE), Nigerian Association of Technological Engineers (FNATE), and Certified Marketing Communications Institute of Nigeria (FCMCIN). Ogbeni Rauf practices Islam and is married to Mrs. Sherifat Aregbesola. The union is blessed with children.

News Editor - November 23, 2020 0
The FEDERAL government has expressed its readiness to cut down from 35 percent the levy to be paid on imported cars to five percent,...