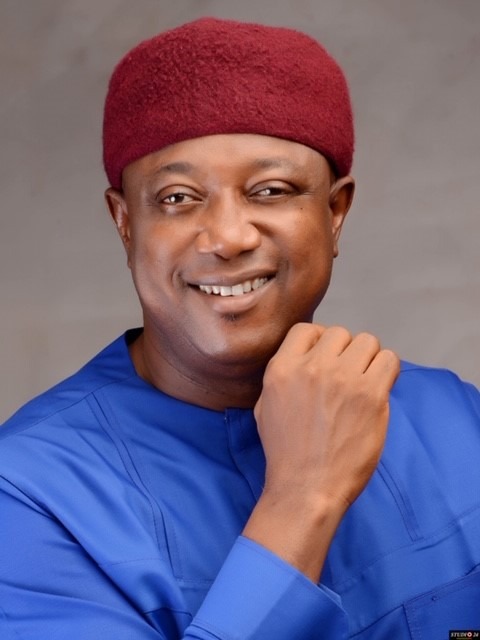 Sir Frank Ibezim, the APC Aspirant for Senate, Imo North Senatorial District is a dynamic result-oriented entrepreneur and seasoned technocrat with diverse experience and expertise in areas of education, technology, operations, finance and management. A community leader and astute politician, Sir Frank Ibezim is acclaimed as a successful strategic planner, consensus builder and decision maker in the fast paced corporate and political environment.

Sir Frank has held top public service positions at both the state and federal government levels including serving as the Imo State Hon. Commissioner for Agriculture and Natural Resources (2014 – 2015), Special Adviser, (Political) to Minister of State for Education (2015 – 2019), Board Member, Governing Council, Federal College of Education, Gombe, Member of the Federal Government Committee on Assessment of Needs of Unity Schools as well as one-time Managing Director, Imo Poultry Limited where he was credited with revamping the moribund Avutu Poultry, the largest poultry in Sub-Saharan Africa.

On the political terrain, Sir Frank is a founding Member of the All Progressive Congress (APC), and was one of those responsible for the grassroots movement that entrenched the party in Imo State, and more especially the Okigwe Zone. His deep involvement in the zone’s political terrain has seen him serve as the Director General of the Buhari Campaign Organization, Imo State under the Congress for Progressive Change during the 2007 presidential campaign. He also aspired during the 2010/2011 political campaigns to represent the Okigwe South Federal Constituency, while he was at some point the Director, Contacts and Mobilization of the All Nigeria Peoples Party (ANPP).

A community leader par excellence, Sir Frank has actively participated in numerous community /church development projects including the construction of community roads, and the personal sponsorship of installation of street lightings in his community, and significant support to developmental projects in the church.

Sir Frank Ibezim holds a Bachelor’s Degree in Industrial Chemistry from the Imo State University (1987), and has demonstrated versatility in Computer Engineering where he earned one of the top professional certification, Comptia A+. He equally has varied international working experience as Fleet Manager, Auto Nation, Houston, Texas, and Case Manager, Youth Co-op, a non-profit organization based in Miami, Florida, working with the US government on youth reintegration programmes designed to rehabilitate, re-skill and train youths with special challenges and needs.

Sir Frank believes that his aspiration to represent the good people of Okigwe Zone in the 9th Senate of the Federal Republic of Nigeria is about quality representation. “My vision and mission remain to provide competent and compassionate leadership, and to sustain continuity in quality representation, surpassing the democracy dividends ever enjoyed in the zone.” He pledges to provide effective representation through sacrificial service, and continuing in the finest traditions of the noble leaders of the zone while pursuing excellence. The Senatorial aspirant’s leadership principles are based on the three Cs – Competence, Capability and Compassion.

Samson Ejim - November 23, 2020 0
GLOBAL Fund, in its effort to fight the ravaging scourge of Tuberculosis over the next three years, has invested about $500million to11 African countries...

Samson Ejim - November 19, 2020 0
The Catholic Bishop of Abeokuta Diocese, Most Rev. Peter Odetoyinbo has called for the sustainability of the reform of the Nigeria Police force for...