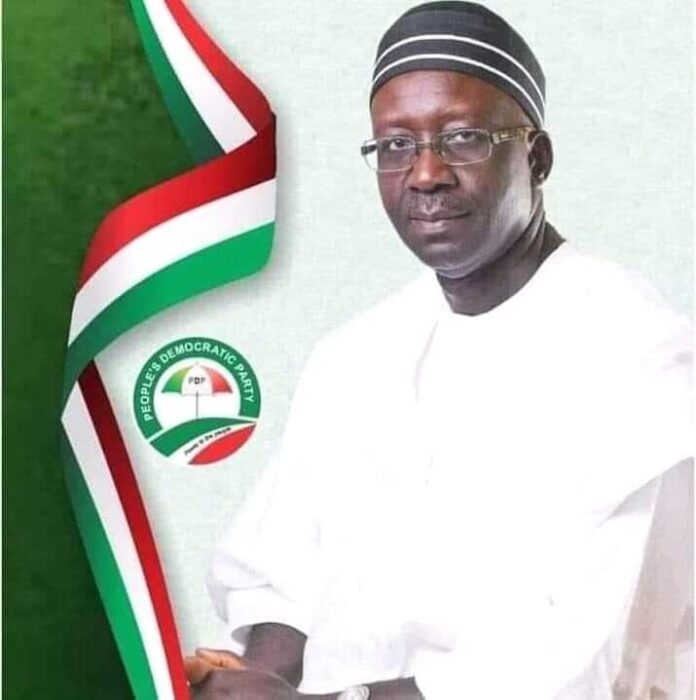 He is, thus, familiar with the public service terrain and the infrastructure of politics. Because Ayu loves travelling in academic territories, he is equally at home both with the infrastructure of ideas. And because of his principled antecedents, it was natural for his party to turn to him in October 2021 when its juggernauts decided that the PDP needed renewal, verve, redirection and elevated politics. He has brought ideation, innovation, gumption and independence-mindedness to the party.

It was from this background of eminent preparation and immense goodwill that Ayu became PDP’s 15th national chairman via an unprecedented national consensus. It is from vantage position that he ably superintends over the affairs Nigeria’s main opposition party, and repositions it to return to power, Come 2023.

In 1992, Ayu went to the Daily Times stable for his Sabbaticals, and sat on its Editorial Board. It was from the Newsroom that Ayu launched his active political career in the botched Third Republic.

An academic of the progressive bent, his natural berth was the Social Democratic Party (SDP) which was, by military decree, “a little to the left”. He beat veteran politicians to pick the senatorial ticket, and won the general election to represent Benue North-West Senatorial District at the National Assembly. He was subsequently elected the President of the Senate at age 40 in 1993.

He was one of the pillars behind Chief MKO Abiola, the presumed winner of the June 12, 1993 presidential election. His dogged opposition to the Gen. Ibrahim Babangida junta and its anti-democratic schemes cost him his seat as senate president.

However, following Gen. Sani Abacha’s toppling of the Interim Government, headed by Chief Ernest Shonekan in November, 1993, Ayu rebounded on the national scene as Minister of Education.

He left the cabinet in 1995, and in 1997, Ayu, with other progressive patriots, formed a pressure group, called the G.9. With time, the G.9 metamorphosed, first, into G.18 and, later, into the G.34, which, ultimately, transformed into the PDP.

He successfully ran the Olusegun Obasanjo Presidential Campaign Organization as Director-General in 1998, and upon Obasanjo’s win and inauguration, Ayu was appointed the Minister of Industries. He held office from 1999 till 2000 when he left the cabinet.

During Obasanjo’s second term, he re-appointed Ayu into his cabinet as Minister of Internal Affairs. In a mid-year cabinet reshuffle in 2005, he was redeployed to the Ministry of Environment. And in December 2005, Ayu finally exited the cabinet.

His hobbies include thinking, writing and golfing. He is well-travelled and happily married with children.