HomeNewsOmoaghe appreciates Buhari over appointment into NDE's Board
NewsTrending

Omoaghe appreciates Buhari over appointment into NDE’s Board 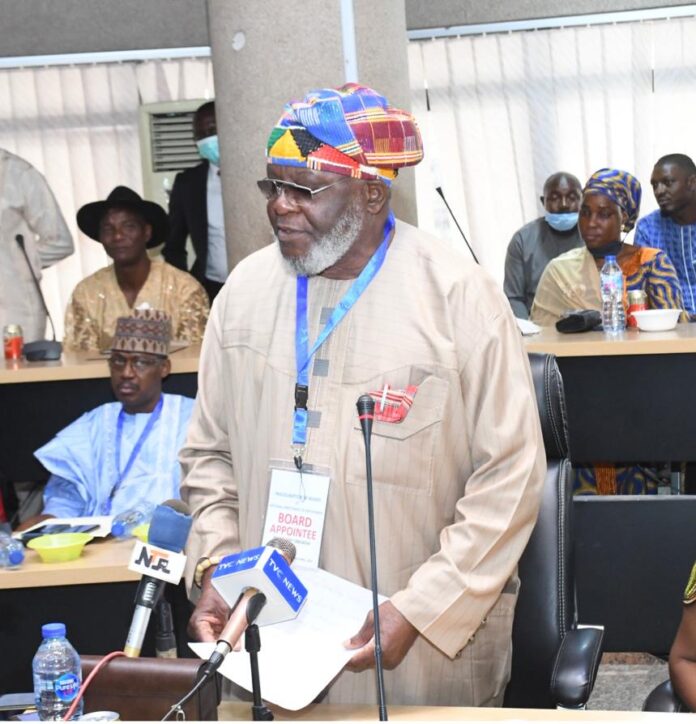 Front line Edo politician, Prince Tony Omoaghe, has expressed appreciation to President Muhammadu Buhari over his appointment to the Board  of National Directorate of Employment (NDE).

Omoaghe while speaking on behalf of the other members, shortly after the inauguration of the board by Honorable minister of state for labour and Employment , Bar. Festus Keyamo, SAN, expressed his commitment to assist the Directorate in achieving its mandate of job creation.

He said, “I am highly delighted to be appointed by the President of Federal Republic as a  Board member of National Directorate of Employment (NDE).

“I wish to use this medium to express my sincere appreciation to Mr. President for the confidence reposed in myself and the other Board Members to reposition the NDE for better performance in meeting its statutory responsibilities to the generality of Nigerians.”

He described the appointment as “a call to service by Mr. President to deliver on our mandate to meet the aspirations and expectations of Nigerians”.

President Muhammadu Buhari had earlier  approved a new board for the  NDE, following the expiration of the four-year tenure of the previous board.

The new board is headed by the Minister of State for Labour and Employment, Barr. Festus Keyamo,SAN according to a statement by presidential spokesperson Garba Shehu.