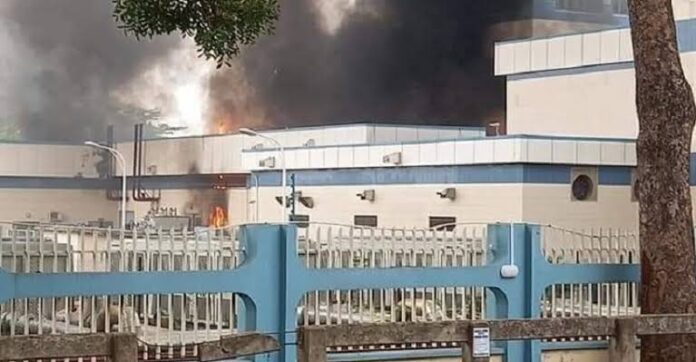 An early morning fire on Thursday, engulfed part of the Makurdi office of the Central Bank of Nigeria, CBN, situated at the Old GRA area of the Benue State capital.

The fire which was said to have started from the fuel dome of the bank quickly became ferocious and drew the attention of some workers who immediately raised alarm.

Staff of the bank and members of the community were said to have rushed to the scene before the fire could spread to the main building.

When contacted, the Director of Benue State Fire Service, Engineer Donald Ikyaaza confirmed the report and said he received a call informing him about the fire and he immediately drafted his men to the scene.

“It was actually a huge fire which started at the company’s fuel dome but my men rushed to the scene and put out the fire before it could spread to other parts of the bank. Everywhere is calm now,” Ikyaaza said.