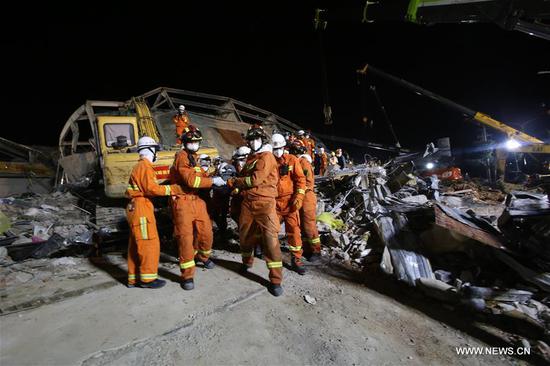 A mother and her child have been recovered dead from the rubble of the collapsed three-storey building in Lagos, the National Emergency Management Agency (NEMA) said.

Acting Southwest Coordinator, Ibrahim Farinloye said they were recovered at the wee hours of Monday, adding that a total of 23 persons have so far been rescued.

Farinloye said the death toll recorded during the building collapse in the Ebute Metta area of Lagos State, last week has so far increased to eight.

Nigerian Pilot reports that six persons were initially confirmed dead in the lower parts of the building used as a warehouse.

According to authorities, the building in Lagos collapsed around 9:30 pm on Sunday in the sprawling city of more than 20 million people.

At the time of this report, search and rescue operations were still ongoing as more people were feared trapped underneath the rubble.

Building collapses are common in Africa’s most populous nation, where millions live in dilapidated structures and construction standards are often flouted.

The standards of buildings have been in the spotlight since a high-rise building under construction collapsed in Lagos in November last year, killing at least 45 people.

It would be recalled that in January, three people, including two children, were killed and another 18 rescued when a church collapsed in a southern Delta state.

Since 2005, at least 152 buildings have collapsed in Lagos, according to a South African university researcher.

One of those incidents that sparked widespread anger was in 2014 when dozens of people died in a church collapse in Lagos.