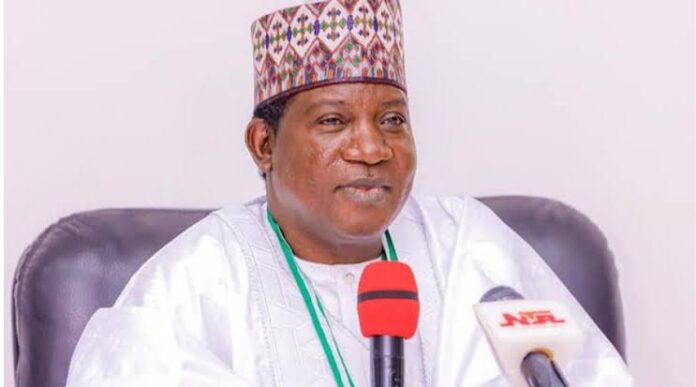 In fulfilment of a promise earlier made by government to generate over twenty thousand jobs, Governor Simon Lalong on Thursday inaugurated a Committee which will serve as an institutional framework to drive the process.

Lalong who inaugurated the committee at the Council Chamber, Government House, Jos, prevailed on members of the council to be aware that unemployment is a major social and economic problem facing Nigeria and indeed Plateau, resulting in poverty, hunger, and insecurity among others .

The Governor who was represented by the Deputy, Professor Sonni Tyoden stressed that data available from the National Bureau of Statistics (NBS) reveals that Nigeria’s unemployment rate as at 3rd Quarter of 2018 stood at 23.1%, while under-employment stood at 20.1%.

Lalong further pointed out that Plateau State, according to the National Bureau of Statistics labour data for 4th Quarter 2020, has a total working-age population of 2,690,344 with less than half (about 1,284,574) in the labour force. Of these, 26.59% are unemployed while 26.15% are under-employed, meaning that a total of 52.74 of the 1,284,574 in the labour force are either unemployed or not fully employed and therefore not contributing maximally to the economy of the State.

The Governor also said that even though high unemployment rate in Plateau may have been impacted by movement of young people from other Northern states to Plateau State in search of opportunities, the current rate of unemployment in the State is alarming and therefore needs to be addressed urgently considering the impact of high unemployment on crimes and criminality and general breach of the peace and security in the State.

Lalong further called on individuals, cooperative organisation, the public and private sectors as well as all and sundry to collaborate with Government towards providing jobs for Plateau citizens and gave the council’s mandate as follows:

He added that ,to assess the general unemployment situation in the country and job creation landscape in the State and identify opportunities and priority sectors for job creation and gaps in the current implementation framework including gaps in the institutional arrangements and overlaps as well as policy gaps and make recommendations to Government, to Support the development of State employment policy and strategies and ensure such that such strategies align with Government vision on job creation, to support the integration of the SDGs, gender and issues of vulnerable groups like persons with disability and displaced persons into the State job creation and employment promotion strategies .

Secretary to the Government of Plateau State and Chairman of the state employment council/ job creation Professor Danladi Atu, assured the Governor that with the cooperation of Plateau citizens, they will deliver on their mandate.
Speaking earlier, the Representative of GIZ Hauwa Garba assured of the readiness of the organisation to partner with the state government to create jobs for the teaming populace.