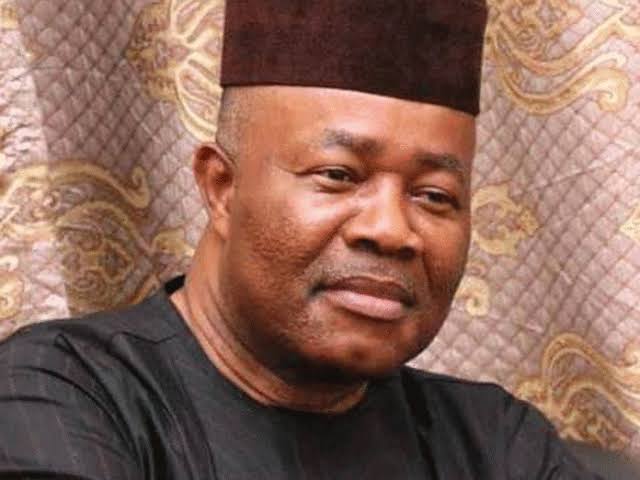 Former Governor of Akwa Ibom State and former Minister, Niger Delta ministry Godswill Akpabio is to be honoured in Bulgaria with the International Peace Award by the Global Peace Movement International, UK for his excellence and commitment to public service.

President General GPMI, Dr. Mike Uyi on Saturday in Benin says after careful consideration, the independent team that visited Nigeria was able to interact with some indigens of the states that made up the Niger Delta region on the leadership style of Senator Godswill Akpabio.

Uyi described Akpabio as a living legend, saying he deserved more awards for breaking odds and demonstrating his love for Nigeria through transparency and purposeful leadership.

“Akpabio popularly known as The Uncommon Transformer for his exceptional feat in the transformation of Akwa Ibom State from a relatively unknown state to a wonder of the world in a 21st Century depicted a rare courage to walk into the Lion’s Den at the time most of the Government officials have scampered to safety in the face of the heightened insecurity in the country”.

Uyi further stated that Akpabio is a man that cannot be intimidated, “He came into office of the Niger Delta Ministry when the ministry that was created for development of the the region had become the milk cow for just a few persons. we can see that today, Akpabio has changed the narratives. it is now doing what it is officially created for”.

According to Uyi, The University of Bulgaria is looking into the works of Senator Godswill Akpabio to involve his developmental Skills in Africa development into the University curriculum for studies in the country in the next academic year.

Before now, Sen Akpabio has received several awards for his excellence and commitment to public service while he was the serving Governor, Senator in Akwa Ibom and minister of Niger Delta ministry.