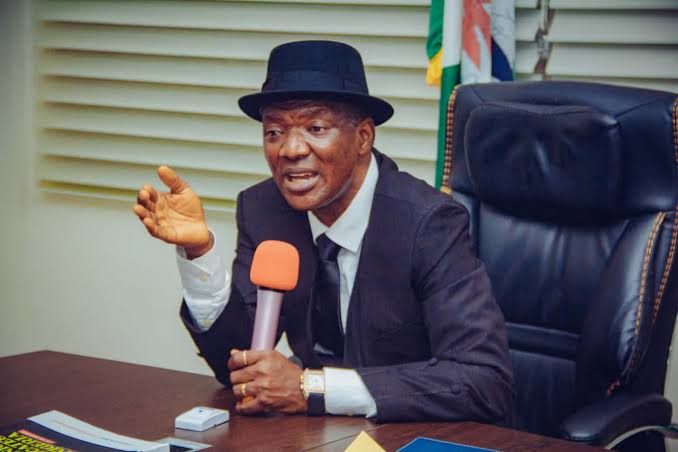 The Bayelsa State Government has directed its eight local government councils to immediately constitute committees to mobilize their athletes and sports teams for the first ever Sports Festival coming up in December this year.

It also directed the Councils to set up committees for the forthcoming national population census which had been scheduled to hold by April 2023.

The State Deputy Governor, Senator Lawrence Ewhrudjakpo, gave the directives on Wednesday at a meeting with the acting chairmen of the councils in his office at Government House, Yenagoa.

Explaining the rationale behind organizing the sports festival in the state, Senator Ewhrudjakpo, said it would bring together sportsmen and women from the various LGAs in the state to compete among themselves.

According to a statement by his media aide, Mr Doubara Atasi, the Deputy Governor also informed that there would be attractive prizes, medals and awards to be won by the participating local government contingents.

He further stressed that the State Sports festival would help government to meaningfully engage its teeming youths to redirect their energies from social vices such as robbery, kidnapping and cultism as well as engender healthy competition and friendship amongst them.

Senator Ewhrudjakpo noted that the event, which had already received corporate funding support from Access Bank, would create an ample opportunity for the State’s Ministry of Sports and Youth Development to discover many hidden talents which abound in all the nooks and crannies of Bayelsa.

The maiden Bayelsa Sports fiesta is expected to run from the 15th to the 21st of next month, featuring games in 14 different sports including athletics, boxing, draught, swimming, judo, wrestling, football and others.

His words, “We believe that our present level of sports development has to be escalated. I know we have the national sports festival, but that is not the best ground to identify budding talents.

“When you catch them young, you see that fresh clay is easier to manipulate. Therefore, our intention is to use the sports festival to build on our comparative advantage. The good thing is that we already have some sponsors that are ready.

“It is something we want to really use to redirect the potential and kinetic energy of our youths. It will do the state a lot of good by reducing illegal bunkering, pipeline vandalization and other vices.”

In his remarks, the Director of Sports at the State Sports Council, Sir Braveman Wodi, pointed out that the sports festival was an inter-local government competition, which would help the state in identifying budding talents in various fields of sports and develop them for national and international competitions.

According to Sir Wodi, the state government will provide training venues and facilities, accommodation, and sports wears and kits for all the participants in the event.

Also speaking, the Acting Permanent Secretary, Ministry of Youths and Sports Development, Mrs.Grace Alagoa and the Director of Sports in the ministry, Mrs Rachael Edward-Dappa, solicited the collaboration of the councils in terms of mobilizing their teams for the event.

Meanwhile, the Deputy Governor, Senator Ewhrudjakpo, has mandated the local government councils to set up committees that would collaborate with the officials and ad-hoc staff of the National Population Commission (NPC) to ensure a hitch-free census exercise in the state.

He clarified that each community in every LGA would have a committee set up for the exercise, with its membership comprising the Community Development Committee (CDC) chairman, youth president, women leader, secretary of the chiefs’ council, a representative of the clergy, and one primary school headteacher.

While stressing the importance of the 2023 population census, the Deputy Governor encouraged young Bayelsans from all the eight LGAs to apply online for positions with a view to working as ad hoc staff of National Population Commission during the forthcoming headcount.

He therefore called on the acting chairmen of the councils to quickly convene town-hall meetings at the local government headquarters to brief the paramount rulers, CDC chairmen, chiefs,women and youth leaders from the various communities as well as make adequate arrangements to secure materials that would be deployed to their areas for the exercise.