After 5-day State Visit to Portugal, Buhari returns to Abuja 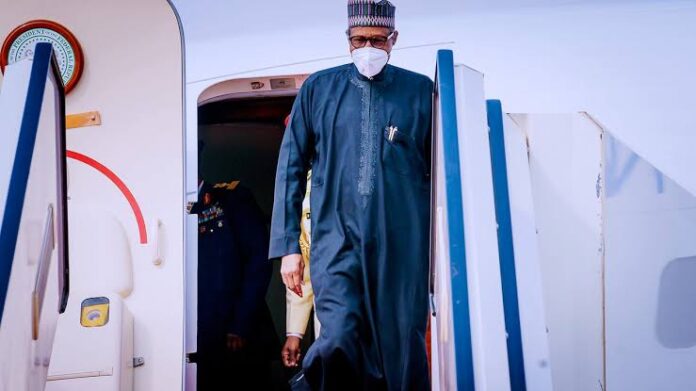 President Muhammadu Buhari, Saturday evening, returned to Abuja after a five-day State Visit to Lisbon – the capital of Portugal, .

The President, who arrived the Nnamdi Azikiwe International Airport at about 5pm.

Buhari,while in Lisbon, led the Nigerian entourage to the signing of several agreements and Memoranda of Understanding (MoU).

At a business forum organised during the visit, at which some of the MoUs were finalised between the two countries’ investment promotion agencies and chambers of commerce, Buhari had described the progress in signing the agreements ‘‘as excellent foundations for increased bilateral trade.’’

He also met with some representatives of Nigerian residents of Portugal, assuring them that the 2023 elections would be credible and peace, even as he admonishing them against inciting political crisis back home, through the use of the social media.

The President was accompanied to Portugal by Minister of Foreign Affairs, Geoffrey Onyeama; Minister of Information and Culture, Lai Mohammed; Minister of Industry, Trade and Investment, Adeniyi Adebayo; Minister of Youth and Sports, Sunday Dare.