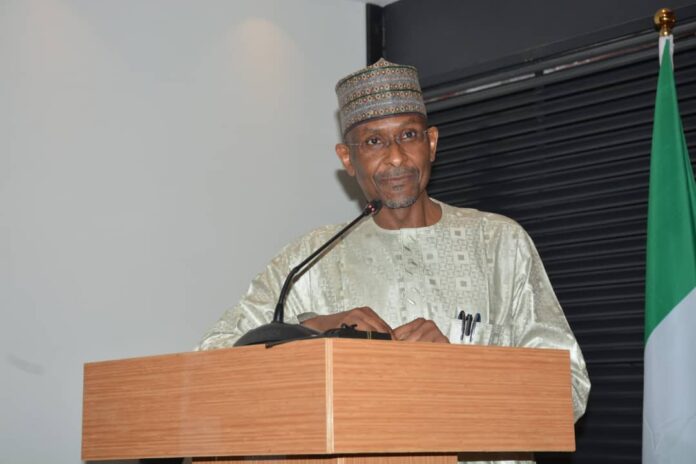 The Permanent Secretary in his taking over speech at the Ministry’s Headquarters Conference Room, Mabushi, Abuja, on Tuesday, appealed for the support of the management and staff of the Ministry to move the Ministry forward.

Alkali expressed hope that the cordial relationship he had with the staff and management at the Ministry of Humanitarian Affairs, Disaster Management and Social Development would be the same and better in the Federal Ministry of Works and Housing.

‘’Every Civil Servant would want to come to this Ministry because of its activities and programmes. ‘’Every Civil Servant will want to come to the Federal Ministry of Works and Housing because the experience there is huge and challenging and by extension if you could manage in the Ministry, I believe you could manage anywhere in Nigeria,’’ he said.

The Permanent Secretary pledged to work with the directors and staff he met on the ground and to assist the Honourable Minister in carrying out the mandate assigned to them.

‘’I will say I’m here to work and from what I had been told and seen we have excellent directors and staff that are going to assist in this job. I was just telling the Minister that our job as Permanent Secretaries is to assist the Ministers to implement and deliver the mandate of the Ministry and I believe that is what we are going to do,’’ he said.

He also assured of paying attention to issues brought to his attention by staff with a view to addressing them’’. I assure you that I’m a listener, I will listen to everybody but I will not be able to solve each and every problem of the individual.

Alkali had worked in Ministries of Justice, Police Affairs, and the State House. His last posting was at the Ministry of Humanitarian Affairs, Disaster Management and Social Development as the Permanent Secretary before his deployment to the Federal Ministry of Works and Housing.

Share
Facebook
Twitter
Pinterest
WhatsApp
Previous article
NDE to tackle youths unemployment through agriculture, vocational training-DG – NigPilot
Next article
Don’t give up! President Buhari salutes Christians at Easter, urges them not to give up over daunting challenges
Chioma Nnodim">