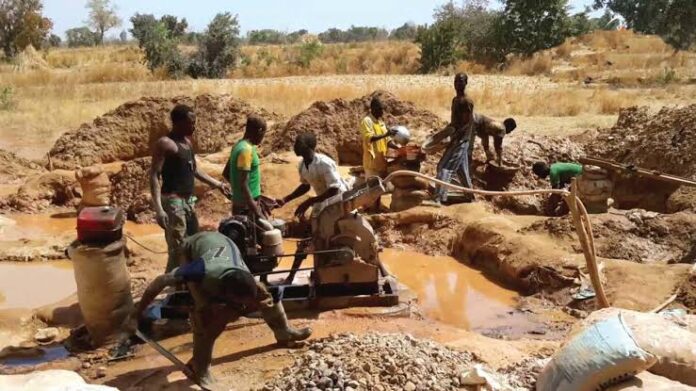 Plateau State Government is to partner with the Republic of Korea in the area Tourism, Agriculture and Solid minerals.

Governor Simon Lalong gave this indication when he received on a courtesy visit the Korean Ambassador to Nigeria, His Excellency, Kim Young Chae at Government House, Jos.

The Governor noted that the above listed sectors are critical developmental areas of focus and sought the collaboration of the Korean government in those areas.

The Governor who was represented by the Deputy Governor, Professor Sonni Tyoden further solicited the assistance of the Korean government in the area of intelligence sharing to help Nigeria address some of its security challenges, owing to the fact that Korea is stable and does not experience surge in internal arm conflicts.

He also commended the Korean government for providing the University of Jos with a befitting edifice for indoor games which to some extent has earned it the hosting rights of the Nigeria University Games.

The Korean Ambassador to Nigeria, Kim Young Chae stressed that his country has invested in Nigeria by establishing a Cultural Centre, Schools across the six Geo-Political regions, encouragement of Information Communication Technology in schools, e-governance in collaboration with the Federal Ministry of Communication and also image making.

He further assured that Nigeria will be Korea’s best trading partner in the years to come, pointing our that the embassy also recognizes the importance of States in the development process hence the need to partner with them.

Chae also encouraged the Plateau State Government to utilise its natural endowment for the good of its citizens.

In a remark, Vice Chancellor of the University of Jos, Professor Tanko Ishaya noted that Professor Tyoden once pointed out that the University setting does not operate in isolation hence their decision to partner with the Korean embassy which developed a center for Indoor games in the University.