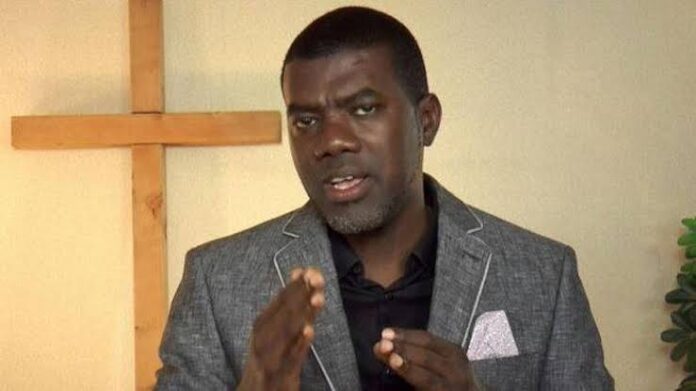 Reno Omokri has blasted the anti-graft agency, EFCC over their perceived bias towards successful men in the country.

Reno Omokri said the agency will be termed biased if they fail to invite any government official who pays the N100 million fee to obtain a presidential nomination form of the APC.

Recall that the APC on Wednesday announced that its presidential nomination form has been pegged at N100 million while that of the governors would go for N50 million.

In a post shared on his Instagram page, Reno opined that the EFCC invited businessman Obi Cubana for questioning after it witnessed how he spent millions for the funeral of his mother.

Reno said that if the agency fails to invite any government official who pays N100 million to obtain the ruling party’s presidential nomination form, then they would be termed biased.

He wrote: ”Let us look at this matter objectively. The EFCC saw a multi millionaire private businessman called Obi Cubana spending millions during his mother’s burial, and they invited him for questioning.

“If EFCC don’t invite any APC government official that pays the ?100 million APC Presidential nomination for questioning, then they are biased.

“How can a private multi millionaire with known businesses be a suspect in EFCC’s eye, but an APC government official earning N12 million per annum buying a N100 million Presidential nomination form is not a suspect. Please someone explain this logic!”