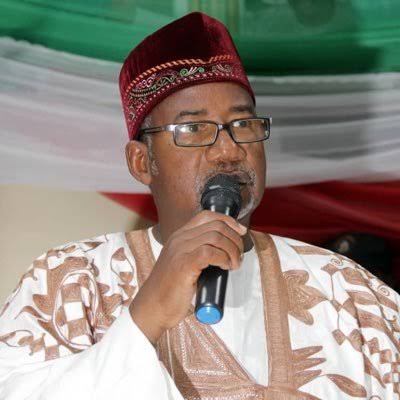 Governor Bala Mohammed of Bauchi state has commended Northern Elders over their decision in pruning down the number of northern aspirants seeking the presidential ticket of the Peoples Democratic Party, PDP, to two.

There are at least five aspirants from the north in the race for the presidential ticket of the PDP.

Reacting to the endorsement of the Northern Leaders, Senator Bala Mohammed Campaign Organisation said in a statement issued by Prof. Udenta 0 Udenta, Chairman PIU/Spokesman that Gen. Babangida never approached nor lobbied anybody to superintend the process that will lead to the emergence of a consensus presidential aspirant.

“Rather it was the group of Presidential aspirants made up of Sen. Bala Mohammed, Hon Aminu Tambuwal. Sen. Bukola Saraki and Alhaji Mohammed Hayatu-Deen that collectively, freely and willingly approached Gen Babangida to help select from amongst themselves a Consensus Presidential Aspirant.

“The above four named individuals not only initiated the Consensus Arrangement on their own volition but also agreed to fully and unequivocally abide by the decision that Gen Babangida will arrive at in consultation with other elders as well as accept, honour the steps and procedures he will deploy in arriving at any decision.

“We therefore reject the current insinuations in the media from some quarters that purport that Gen Babangida and the elders either did not consult very widely or imposed a decision on an unwilling band of presidential aspirants. Gen Babangida and elders deserve nothing but commendation for the conclusions they reached and the outcome of the consensus exercise by anybody who believes in the tenets of truth, honour and integrity.

“Political ambition should not and cannot be a condition precedent to cast overboard these time honoured verities and inviolable norms and ask those are desecrating these values to have a sober rethink.

“The Sen. Bale Mohammed Campaign Organization will not join issues with anybody on the question of the consensus arrangement because the truth needs no further protection from its traducers but will rather press on in rallying the nation around its progressive “Nigeria First” Governance Vision on the heels of the successful execution of the Consensus Arrangement.

“The Campaign Organization, however advises all those who are not happy with the result of the selection process or who did not participate in it to focus on their individual political trajectories without let or hindrance and not muddy the political waters any further.

“Let us clarify to the millions of members and supporters of the PDP that the consensus arrangement was not designed as an end in itself but as means to an end; not as a goal with a limited regional vision or appeal but first in the series of processes and exercises aimed at building inclusiveness, harmony and unity within the ranks of the Presidential Aspirants in the PDP.

“It’s on record that the participants in the process toured the whole country together and reached out to critical political stakeholders in the party including its elected governors to explain the meaning and purpose of the arrangement and to seek their buy-in into the process if possible.

“It is commendable that South East Presidential aspirants have also acceded to this mode! and we wish them success in their current endeavours in this regard.

“The Sen. Bala Mohammed Presidential Campaign Organization believes strongly that the search for consensus, unity, solidarity and shared vision among the PDP presidential aspirants is a worthy move and a patriotic venture that aims at reducing unnecessary tension, acrimony and unhealthy diatribe among competitors and restore back to our politics the culture of reaching common ground, the reduction of the politics of bitterness and the respect of all shades of political opinion.

“Even if the process doesn’t secure all of its set goals at the end of the day, meaning that every aspirant participates in the Presidential primaries. It would have imbibed in all aspirants the culture of placing the group above the self in the party’s shared vision of the future and in accepting the very results of the primary election.

“For the avoidance of doubt, Sen. Bala Mohammed will build on the success of the consensus arrangement and unfold his grand “Nigeria First” governance vision in the coming days and weeks. Building also on his successful consultations with wide ranging critical party holders including but not limited to the Forum of Former Ministers, NWC, BoT, the Nigerian Senate and House of Reps Caucuses. He will reach out to every single party delegate and influencers- a process he has long initiated unabatedly.

“Sen. Bala Mohammed is a bridge builder and the composition of his Campaign Organization will reflect our Notional Diversity and mission of inclusivity on the basis of equity, justice and equal access to opportunities.

“His vision of Nigeria is a wholesome one just as his passion for party work and duty is almost peerless in the range of assignments he executed for it, not least being the report on the 2019 Elections and the Modalities for balanced allocation of positions to be adopted by the party.”