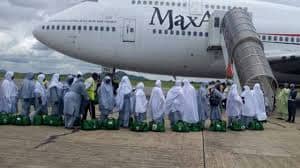 *says time is of essence, as the commission assured all those that paid of opportunity to travel

As the Kogi state Hajj Commission intensified preparation for the 2022 Hajj operation, it has said that the Hajj fare for the 2022 holy pilgrimage may increase as against what was paid previously.

According to the Executive chairman of the commission, Sheikh Luqman Imam Abdullahi,
the commission advised intending pilgrims to update their payments to Two million, six hundred and fifty-six thousand naira, (N2, 656,000), saying that the final Hajj fares is yet to come

The commission explain that the rise in cost was necessitated by the local exchange rate and increase in the value added tax, (VAT), from 5% to 15% by the kingdom of Saudi Arabia.

He added that every intending pilgrims should take the Covid-19 vaccination and provide prove, which is a requirement for the Hajj operation.

This information is for those who have already deposited money for last year Hajj and as well as other intending pilgrims and those from other states who wished to go through Kogi state.