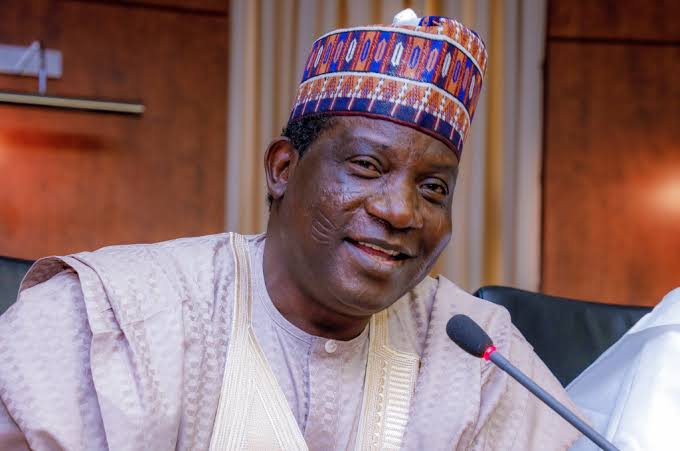 Governor of Plateau State, Simon Bako Lalong on Tuesday picked the nomination form to contest the Plateau South Senatorial election in 2023 under the platform of All Progressives Congress, APC.

Lalong, who is currently serving his second term in office as governor, was represented by the Plateau Legacy Group led by Hon. Yusuf Gagdi, who collected the expression of interest, nomination forms and guidelines on his behalf.

This came a few minutes after APC officially on Tuesday began the sale of expression of interest and nomination forms for Party aspirants seeking to be flag bearers in the forthcoming 2023 General Election after postponing it on Friday.