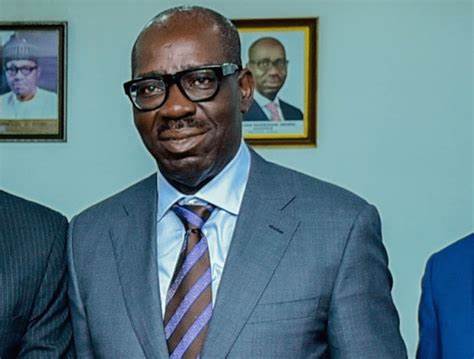 Edo State Governor, Godwin Obaseki, has accused those accusing him of having no certificate, as those who did not go to school.

He hinted this yesterday in Ibadan, the Oyo State capital, as a guest to the Oyo State Governor, Seyi Makinde, during the commissioning of the Ojoo Bus Terminal, in Akinyele Local Government Area of Ibadan, Oyo state.

Obaseki made the remark while describing Ibadan as his second home aside Edo, saying; “Those that didn’t go to school, said I have no certificate. I obtained my certificate here at the University of Ibadan,” he said.

While commending the efforts of his counterpart, the Edo State Governor, described Makinde as a blessing to not just Oyo State but to Nigeria in general.

“With people like Seyi Makinde, Nigeria has hope. The purpose of politics is for the people, some people in power believe in representing their interest, rather than that of the people,” Obaseki said.

He urged Governor Makinde to brace up for more challenges as his detractors will be hell bent on derailing his government.