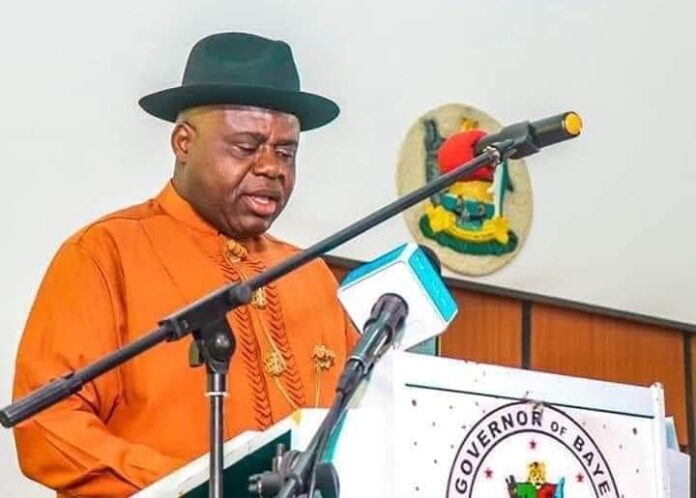 Governor Diri stated this on Thursday at a Symposium organized in honour of the departed academic icon at the Chief DSP Alamieyeseigha Banquet Hall, Yenagoa.

He spoke on the topic, which was, “Re-Education As a Tool for Sustaining Development, A Public Discuss on the Identify of the Niger Delta; A Deliberate Undertaking to Inject Sterling Values for Growth Through Public Influence Mediums By Intentional Policy Implementation Across the BRACED States.”

The Governor, who was represented by his deputy, Senator Lawrence Ewhrudjakpo, noted that the octogenarian had paid his dues through selfless contributions towards development on several fronts both at the state and national levels.

A statement by the Senior Special Assistant to the Deputy Governor on Media, Mr. Doubara Atasi, quoted the Governor as lamenting that Bayelsa state, the Ijaw nation and indeed Nigeria had lost a great intellectual and a man of integrity who matched words with action.

Senator Diri was said to have also expressed regret that in today’s society, people were yet to come to the realization that “education is the only tool for development.”

His words:”Prof. Ekpebu was no doubt a man of integrity because he does what he says. We are here to venerate a rare gem, an icon, distinguished scholar, trailblazer and a man of many attributes that are in scarce supply in our society today.”

“Prof. Ekpebu has paid his dues. He stayed the course. He was made up of a lot of by-products just like the crude oil. He was a man who was diligent and had visionary leadership quality”, he added.