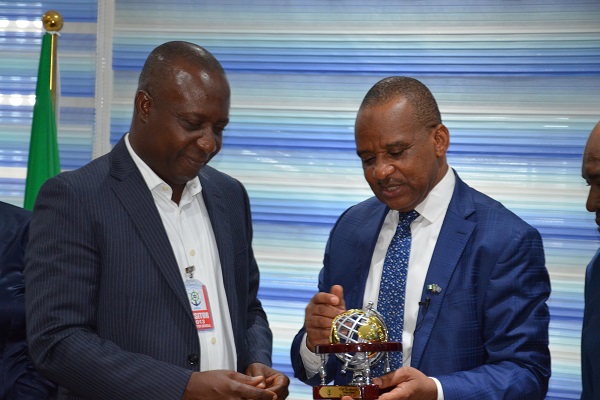 The Editor of Vanguard, Mr. Eze Anaba, who announced this, while presenting a letter to Jamoh in Lagos, said other awardees are President, African Development Bank ( ADB), Akinwunmi Adesina, Group Managing Director, NNPC, Mele Kyari and Edo State Governor Godwin Obaseki, among others.

Anaba noted that the screening committee reviewed Jamoh’s nomination and all indices in good corporate governance pointed at the NIMASA chief as an outstanding public sector official in 2021.

He noted the consistency of the Jamoh-led management in growing capacity for the maritime industry, adding that despite not being a revenue generating agency, NIMASA management blocked leakages and increased contributions to the consolidated revenue fund, reaching an all-time high of over N37 billion.

Last month, the International Maritime Bureau (IMB) announced the removal of Nigeria from the global Piracy list as a result of sustained decline in piracy in the nation’s maritime domain.

The Secretary-General, International Maritime Organisation (IMO), Kitack Lim, during the Marine Protection Committee meeting last week, recognised Nigeria for the steady progress in the fight against piracy in the Gulf of Guinea and commended collaboration, among regional bodies in the quest to achieve improved safety and security of commercial shipping.

Jamoh appreciated the organisers for the recognition. “This recognition, coming from a reputable organisation, such as Vanguard is a call to serve more. Since March 3, when Nigeria was delisted from the global piracy list by the IMB, our new challenge is that of sustenance. We will continue in our collaboration with relevant stakeholders locally and internationally to ensure a sustainable development of the maritime industry,” he said.