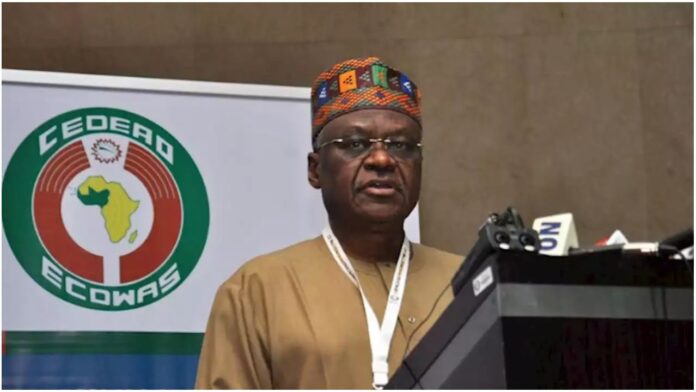 Federal Government has said that Nigeria still has strong diplomatic relations with Russia and Ukraine irrespective of the ongoing war between the two countries.

The minister also explained why Nigeria abstained from voting at the United Nations (UN) over sanctions against Russia for allegedly flouting human rights in her ongoing hostilities against Ukraine.

Dada spoke on the face off between the Ghanaian authorities and Nigerian traders, saying it would soon end as the Ghanaian government had consented to the proposal of earmarking distinct space for Nigerians to do their business in that country.

On the insinuation Nigeria was sitting on the fence on whether Russia should be sanctioned by the United Nations (UN) for abusing human rights in the ongoing war against Ukraine or not, the minister clarified that Nigeria only abstained from voting.

“When you abstain, that’s a vote in the UN; you’re not sitting on the fence. The reason why we abstained is contingent on the fact that the outcome of the investigations of the abuse of human rights has not been determined yet. It’s just that some countries were in a hurry to nail Russia and we will not be part of that,” he stressed

He also spoke on the trade dispute between Ghanaian authorities and Nigerian traders in Ghana, explaining that several diplomatic measures had been taken to address the matter.

Recall that in 2018, the problem was aggravated by the country’s efforts to enforce the GIPC Trade Act which required non- Ghanaian traders to have an investment portfolio of one million Dollars to engage in any retail business in Ghana.

The minister recounted that the Nigerian National Assembly, particularly the House of Representatives, had deployed parliamentary diplomacy by engaging their Ghanaian counterparts with a view to reviewing the obnoxious law.