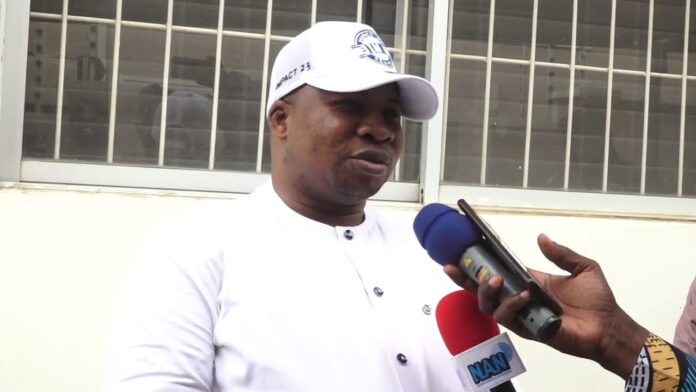 In what could be best described as a carnival like event, the crowd were chanting SAI JIMKUTA describing him as a humanitarian and a philanthropist of repute

It is my wish to be a leader with the fear of God, demonstrate the democratic tenet and deploy dividend of democracy to all areas in southern senatorial district in Taraba State. Let’s join hands as this project need a collective resolve from all of us, he said

JImkuta who is optimistic of winning the senatorial seat, says he will join hands with relevant agencies of government to reduce unemployment that is bedeviling the teeming youths of southern Taraba