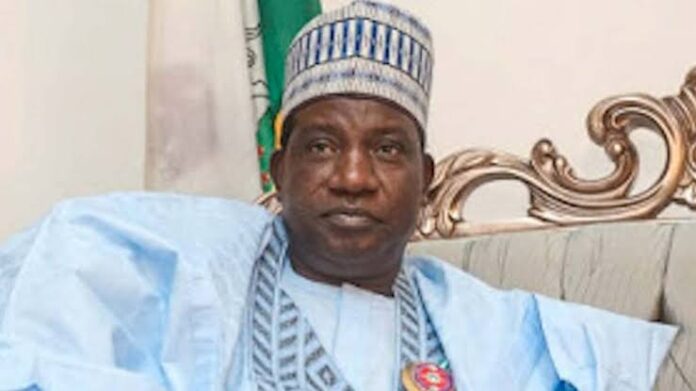 Plateau state Governor Simon Lalong on Thursday marked his 59th birthday with a low-key celebration which saw only his close family members, few Government officials and aides attending the event at his Rayfield residence in Jos.

The Governor cancelled all elaborate celebrations to honour two young professional golfers he has mentored over the years who went on to win gold medals for the State including during the last National Sports Festival in Edo State.

The two young men who are very close to the Governor in the game of golf died in an accident while returning from a golf kitty at the Rhino Golf Course in Jos shortly after the Sallah.

Governor Lalong said he was devastated by the tragic death of the young men who he said have contributed a lot to the game in Plateau and Nigeria.

He prayed for the repose of their souls and God’s comfort for their families.

While thanking his family, Government officials and others who came to felicitate with him, Governor Lalong explained that each day, he continuously expresses gratitude to God for giving him good health, wisdom, favour and good relationship with people who have been his source of strength.

He particularly thanked his wife Mrs. Regina Lalong for believing in him, advising, and encouraging him while holding the family strongly during his busy engagements in the service of the State and the nation.

He also thanked members of his government as well as the entire citizens of Plateau State who have given him all the support to work for the peace, progress and development of the State, saying that with peace, there is no limit to achieving positive results.

He promised to continue to serve the State and humanity as he derives pleasure in impacting lives as well as making the most of every opportunity to serve with humility, patience and courage.

Deputy Governor Prof. Sonni Tyoden eulogised the Governor and said his leadership has promoted harmony, peace and massive infrastructural development at all levels.