We have proof FG sponsored erroneous report against us- IPOB 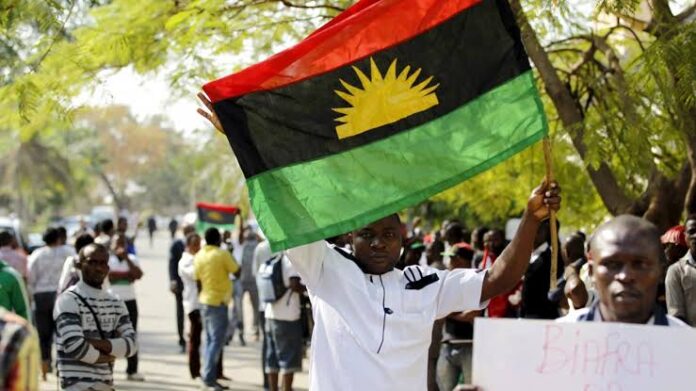 Indigenous People of Biafra (IPOB) has alleged the Federal Government (FG) is sponsoring fake news against it.

A statement issued by Emma Powerful, IPOB’s Media and Publicity Secretary, stressed, “The haste with which FG celebrated the said fake news, commending the United Kingdom (UK) government for imaginary but non-existent prescription, only confirmed that the Muhammadu Buhari led FG is behind the fake news.”

The statement reads: “We are IPOB movement worldwide, ably led by Mazi Nnamdi Kanu. Our attention has been drawn to the inaccurate and fake news purporting that the UK government has classified IPOB as a terrorist organisation.”

“We, therefore, wish to clarify that there is no iota of truth in the said malicious fake news, being peddled by the enemies of Biafra’s freedom and independence. Nothing more may be said than the clarification already given by the British High Commission in Abuja, to the effect that the said media report is untrue and should be disregarded.

“The curiosity and childish haste with which the Nigerian government celebrated the said fake news, commending the UK government for the imaginary but non-existent prescription, only confirmed that the Muhammadu Buhari led FG is behind the fake news.”

“We are calling on the British government to change their minds about continuing to humiliate Biafra.

“Maybe the FG easily forgets that the UK is not Nigeria, where there is no rule of law and due process. NIGERIA unilaterally proscribed IPOB and designated IPOB terror organization, while freeing and compensating Fulani bandits, the real mass murderers. What hypocrisy, it added.