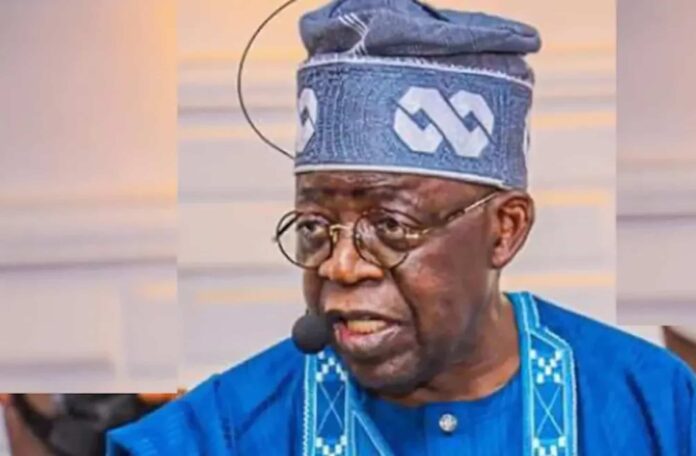 National leader of All Progressives Congress APC, Asiwaju Bola Tinubu Wednesday became the first presidential aspirant on the platform of the party to submit his nomination and expression of interest forms after fulfilling one of the very tough conditions set by APC.

Tinubu submitted the forms to the party on Wednesday, May 11, at the International Conference Centre, Abuja.

The ruling party had slammed nine conditions to be met by the presidential, governorship and parliamentary aspirants ahead of primaries.

One of the preconditions for submitting their expression of interest and nomination forms is that presidential aspirants are to submit with the forms the signatures of 10 statutory delegates from each state and the Federal Capital Territory.

The aspirants must also sign undertakings to accept the results of the primaries and work for whoever emerges as the flag bearer ahead of 2023, among other conditions.

According to the leader of Tinubu’s support delegation who submitted the forms on his behalf, Babachir Lawal, the former Lagos governor successfully secured the signatures of 370 delegates required before the form can be submitted Ahead of the APC presidential primary.

Recall that Tinubu has been travelling around the country to woo delegates to his side, and has boasted that he would win the party’s primary if done in an open contest.

Tinubu also boasted that he has the track records and experience to be the president of Nigeria.

Addressing journalists after the submission, Engr. Lawal said, “We feel elated that today we’ve come to submit the winning form and we have complied with one of the major requirements of the party for contesting for presidency on the platform of APC. We’ve done all that is required, we’ve submitted all the required documents as you can see, we have received our acknowledgement copy and we’re confident victory will be ours come 30th May during the convention.”

The former SGF further maintained that the high number of presidential aspirants in the party posed no threat to Asiwaju’s ambition.