Abba Kyari safe in custody, no threat to his life –NcoS 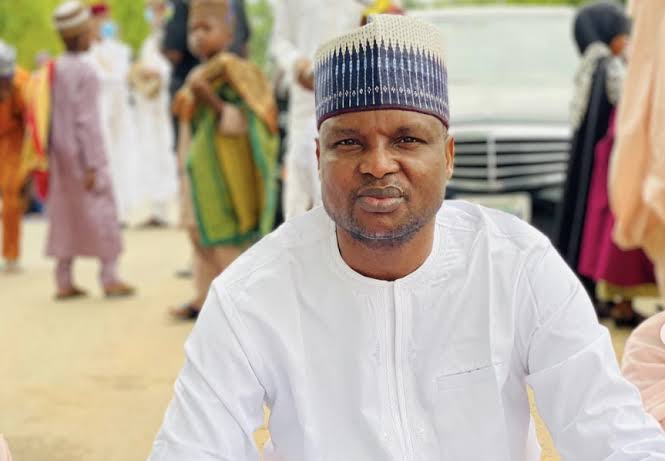 Nigerian Correctional Service (NCoS) has said that the former Deputy Commissioner of Police, Abba Kyari, was safe in custody as there was no threat to his life.

The Service Public Relations Officer (SPRO) Mr. Francis Enobore said this in a statement on Thursday in Abuja.

Enobore said that it was necessary to address the issue following a publication by an online media organisation alleging Kyari was attacked by his fellow inmates.

According to him, the fake news peddler further stated that the authorities of the Service were considering transferring Kyari to DSS custody.

He said “the story is false, reckless and mischievous.”

“It is the handiwork of some jobless cheap recognition-seeking charlatans masquerading as newsmen, lacking in intellectual capacity to interrogate what they conjure or hear before feeding the public.

“That the author is completely oblivious of where and how detention of a suspect originates speaks volume of his ineptitude and the much his story can be relied upon.

“For the record, Abba Kyari is one of the over 800 inmates in the location where he is being kept.

“However, notable individuals including Ex-Governors, Ministers, Senators and other celebrities of higher social status have passed through the same facility without any threat to their lives, ” he said.

Enobore said that the authorities of the NCoS did not and had no course to request for the transfer of Abba Kyari or indeed, any inmate to any other detention centre outside its jurisdiction.

He emphasised that Kyari was safe and sound and goes about his daily routine like any other inmate unharmed.

“Those playing pranks with his detention are warned to desist from such unpatriotic acts as they may be asked, through formal litigation, to justify their statement.

“The Comptroller-General, NCoS, Haliru Nababa, is determined to continue to upscale inmates’ welfare, safe and humane custody with fervor.