HomePoliticsI can defeat Atiku even in Adamawa, Okorocha boasts
Politics

I can defeat Atiku even in Adamawa, Okorocha boasts 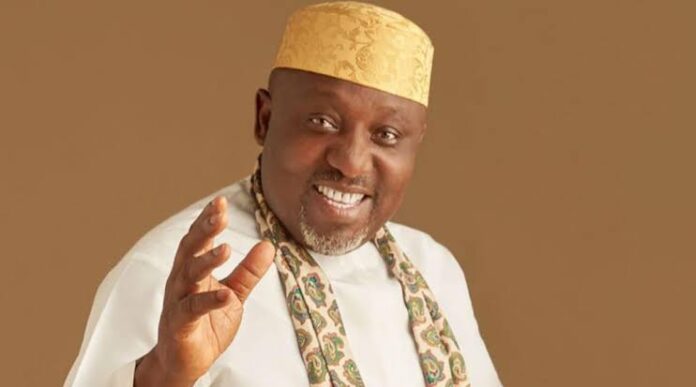 Presidential hopeful and former Imo State Governor, Rochas Okorocha, has avowed that he has the capacity to beat Atiku Abubakar, the presidential flag bearer of People’s Democratic Party, PDP, even in his home state, Adamawa.

Okorocha who was recently released from the custody of Nigeria’s anti-graft agency, made this bold declaration on Wednesday night while he appeared as guest on a political program on Arise Television.

A cheerful looking Okorocha affirmed strongly that he is dearly loved in the north because of the enormous projects he has on ground in the region and because he speaks their language. This, he said, has grown his popularity and goodwill in the north ahead of other presidential aspirants of the ruling All Progressives Congress, APC.

“If I run for election in Adamawa State today, former Vice President Atiku Abubakar will sweat to have a defeat because I can show what I did in Adamawa State. I challenge everyone to show what they have done in other parts of the country outside their region,” he boasted, just as he urged the APC to consider a person that can garner substantial votes in the north.

“The APC has smartly waited until the PDP produced its candidate, now what should preoccupy the mind of the APC is who can defeat the PDP presidential candidate.

“The PDP candidate, Atiku Abubakar, is someone that had contested election with our President and was an APC member and he polled substantial votes, what APC needs is the man that can poll similar votes in the North to be able to defeat him, anything outside this that goes with sentiment will mean failure for us.

“This is what we should know, who is that person among the APC aspirants that can get sufficient votes in the North because that PDP’s only strategy is the Northern votes. We might not have a President Buhari run another election because most people that won elections on the platform of the APC in previous elections did so because of President

“I am more acceptable in the North than it any other of the aspirants, I am the darling of the North, I have a cordial relationship with the North.

“In the North, I saw their children that were not going to school and I provided free education for them. Some people believe that if I am elected President that power is still in the North because of my close relationship with the North,” he added.

Okorocha was recently granted bail in the sum of N500million after being held for days by the Economic and Financial Crimes Commission, EFCC, over an allegation of diverting N2.9bn during his time as Imo Governor.