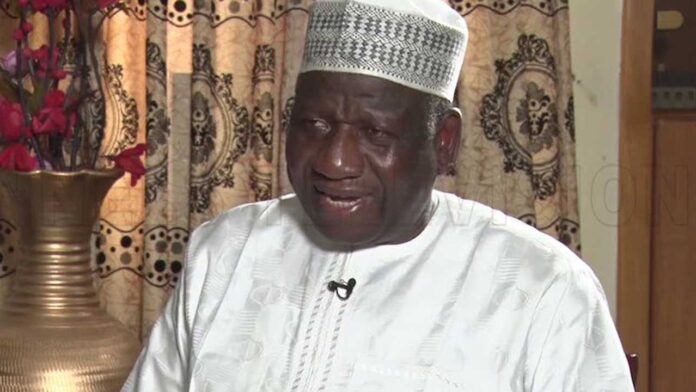 Chairman of the Inter-Party Advisory Council IPAC, Yabaji Sani, has been unveiled as the presidential candidate of the Action Democratic Party ADP ahead of the 2023 presidential election.

Sani, who was presented with the Certificate of Return by ADP National Organising Secretary, Dr Alex Maiyanga, yesterday in Abuja, promised to institutionalised good leadership.

He pointed out that Nigeria was blessed with both human and natural resources, adding that it should not be described as a developing nation if political leaders were living up to expectations.

“If elected president, I will not disappoint. This country is at a crossed road in the sense that we have been faced with multiple challenges which are largely man made.

“Everything that a country needs to develop is given to us in abundance if you look at it critically. We are just over 200 million.

“But by the time you look at the resources God has put in this country in terms of human capital, natural resources and the size of the country and the fact that we do not suffer any natural disaster, I think it is to show that God created a little heaven on earth and it is called Nigeria.

“What is standing between us and the enjoyment of that heaven is leadership. And the essence of having a political party is to create a platform by which government can be changed through the ballot box.

“The certificate is the beginning of the great change that will transform the lives of the people of this country.

“It will show to the world that the leadership that the world looks up to Nigeria, especially the black race that expect Nigeria to lead will be seen.

“Nigeria economy is growing at 2% and we say we are happy. No! We cannot be happy. This is an economy that can grow at 10% rate year in year out.

“We are under performing and we cannot also leave a country that stealing has become the order of the day.

“If you have a country where 18% of your resources is being stolen and nobody is doing about it then there is no leadership.

“We cannot have a country where almost 70% of your employable citizens are out of jobs and you think you can have peace. It is impossible.

“We have what it takes to be number one. By now, we should have been described as a developed country and not developing country.

“We are also going to fight insecurity. We are going to do what China did. All that is required is to remove the economy from thieves who are operating the productive economy of the country,” he said.